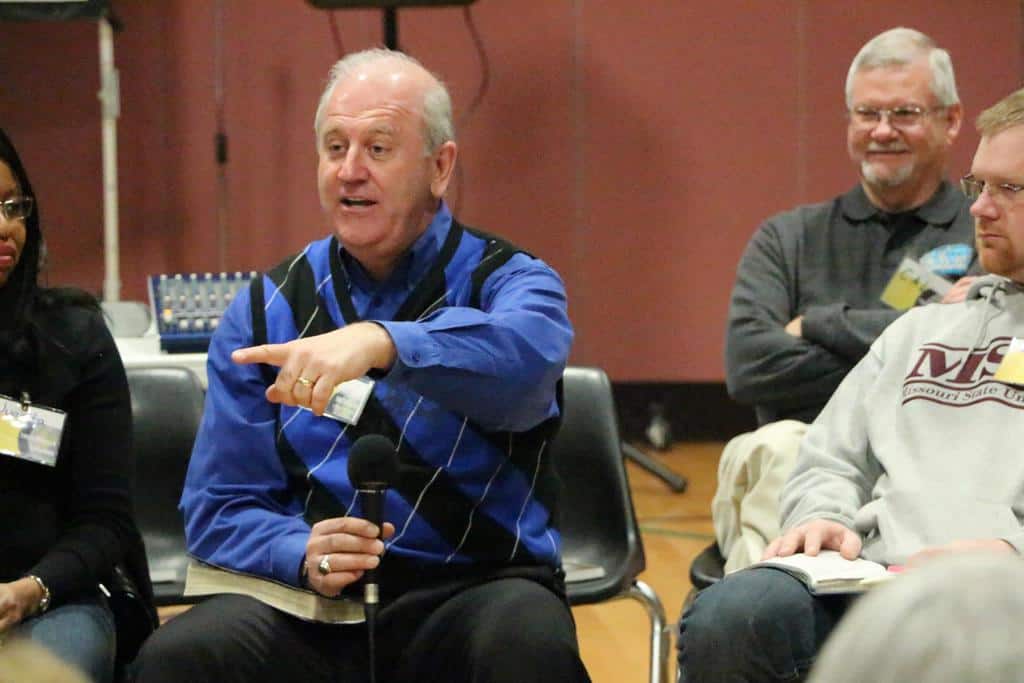 A believer’s life perspective changes when he prioritizes making disciples. He listens to know if the person he meets is lost or saved. If he’s lost, is he in transit or living nearby? If he’s saved, then is he making disciples?

If he’s moving on and you probably won’t see him again, then share the full gospel message of salvation. It helps to be sensitive to who the person is, so engaging in attentive listening is required. You might ask about their religious background, culture, attitude about Christians, and prior knowledge about Jesus. All these elements help you customize a gospel message. There are a number of great ways to share your faith, including your own testimony! You might use a tract. You might have the “Share Jesus by Missouri Baptists” tract app (available on iOS and Android) already loaded on your smartphone and ready to use. The Holy Spirit may bring Scripture to mind or perhaps you have a Bible or New Testament handy.

When Phillip met the Ethiopian court official on the road to Gaza in Acts 8, the African had no other network of people nearby. He was in transit. Phillip led him to faith in Christ right there and then immediately baptized him.

However, what if he’s living nearby? Is it possible to make an appointment with everyone in his circle of influence – his oikos – to share the gospel message with an entire family? Roommate? Dorm floor? Co-workers? Neighborhood? Apartment? Ideally this is done with a witnessing partner who will prayerfully support you in the appointment.

Think about residents who converted in the Bible to become followers of Jesus. There are many accounts, especially in Acts. Let’s use Cornelius in Acts 10. Being in the Italian Cohort, he was not likely from Caesarea, but that was his current station. His family and friends were with him as part of his household. He was resident, not transient. Peter and the other believers who accompanied him were invited to stay for a few days after the baptisms.

Most person-to-person evangelism plans end with an invitation for the seeker to pray what has been called a “sinners prayer.” Share the good news about Jesus, but consider ending it a little differently.

This is a crossroads of sorts in your testimony. A new question to ask is:

Are there others that you would like to invite to know more about Jesus? I’m asking you to think groups, not individuals.

If the answer is “no,” then continue with the gospel presentation and ask for a decision as the Holy Spirit prompts you to do so.

If the answer is “yes,” arrange a time when you and your witnessing partner can meet with both the seeker and those he invites. Missionary friends have told me that when a group of ten or so meet, then usually six or seven accept Christ. This can form a small group! This is particularly important among families from a religion to Christianity who might want to ostracize an individual. However, when groups make the decision simultaneously, they often avoid individualized persecution.

When Tom Wolf was teaching at Golden Gate Baptist Theological Seminary, he wrote a short paper called “Oikos Evangelism.” He wrote, “An oikos was the fundamental and natural unit of society, and consisted of one’s sphere of influence – his family, friends, and associates. And equally important, the early church spread through oikoses-circles of influence and association.” You can pick up additional insights by downloading Wolf’s paper on our mobaptist.org/evangelism website.

Meeting someone new may introduce you to the next Apostle Paul of our day. It can form groups like Cornelius’ entire household, too, that can start a new church, a new small group, or possibly disband to assimilate into other existing groups.

Go ahead! Add a new question to your encounter with a lost person. “Are there others that you would like to invite to know more about Jesus?” And see what God wants to do in their circle of influence. (Mark Snowden serves Missouri Baptists as evangelism/discipleship strategist (573) 556-0319 or msnowden@mobaptist.org.)