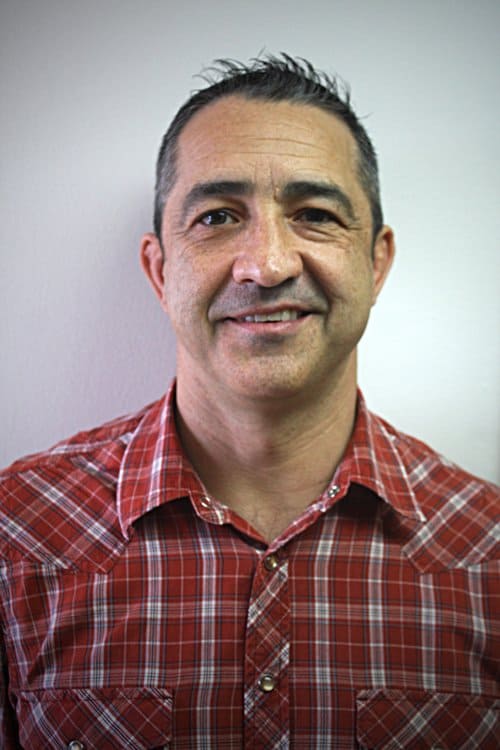 Kansas City – The Heartland Interstate Strategy (HIS) task force met at Midwestern Baptist Theological Seminary on Feb. 25 for its final meeting involving all of its original members. HIS decided to streamline its team (pairing down to one representative from each convention) after convention executives approved Jeffrey Chavez as its new coordinator.

Chavez agreed to serve as the coordinator, committing ten hours per week, calling it the biggest challenge he’s faced in all his years in ministry as a pastor and church planter.

“It’s humbling,” Chavez told The Pathway after the meeting. “To lead something this new and this progressive – it’s exciting.”

He has served in the U.S. Army Special Forces, started various sports ministries in Africa, as well as being a professional boxer and the owner of multiple businesses. He retired from the business world in January, so the timing of his call couldn’t have been better.

MBC executive director Dr. John Yeats told The Pathway that Chavez is uniquely qualified at this particular time in history for this position.

“God has worked in Jeffrey’s life in the past and in the present to give him the liberty to be able to invest a lot of time into the whole process of networking with churches who want to be involved in the church planting process – those who can do direct support, those who can be prayer warriors and those who can do special projects,” Yeats said. “He’ll be able to facilitate all of that because he’ll have knowledge about the work that is going on up and down the I-29 corridor.”

Chavez reiterated the importance of MBC churches getting involved in direct partnerships with church planters in the north who face real challenges in taking the gospel to a largely unreached people group.

“The goal is to find churches that will give us direct support – they will directly support a specific city, a specific hub by sending teams to help with projects,” Chavez said. “Once you get the people to an area, they see the need. Once they see the need, then they will understand their mission. Getting people on the ground is the most important part of it right now, second only to prayer.”

Chavez and the task force will be helping to facilitate the planting of multiplying churches over the next four years in each of the seven hub cities along the I-29 corridor: Winnipeg, Manitoba; Grand Forks, ND; Fargo/Moorhead; Sioux Falls, SD; Sioux City, Iowa; Omaha/Council Bluffs; and the St. Joseph area (including northeast Kansas).

Once SBC churches have been planted in those cities, the task force envisions more church plants in the remote regions along the corridor.

HIS began meeting about a year ago. Many of the task force members had never spent time together until those meetings. But as they presented various needs up and down the corridor, a Holy Spirit-driven synergy began to take place. It happened again at this particular meeting.

Stockton, pastor of Heartland Community Baptist Church in Sioux City, told the task force about his church’s involvement in a World Changers spinoff, called Life Changer Missions (www.LifeChangerMissions.org), that encourages high school and college students to live on mission by involving them in home repair for low income families in need of assistance.

Stockton, at the suggestion of HIS chair Mark Elliott, suggested that HIS could adopt this strategy, telling the task force it would “give all of our youth an opportunity to learn summer missions. We could go to the different hub cities and this could be a splash. This could help local church planters in creating awareness in their cities.” He went on to call it a “love loud” opportunity.

“In my experience, these kids gather other kids from the neighborhood and have Bible studies with them at lunchtime at the home project where we are working,” Stockton told the task force. “So, it’s just a great opportunity to do missions and I think it fits with what we’re doing here.”

Elliott followed Stockton’s proposal by telling the task force about his involvement in helping to start a similar program in Sioux City in the past.

“It was one of the primary pieces that helped move our Southern Baptist church there in Sioux City from a small sleepy church that nobody had heard of to a church that almost everybody in Sioux City heard of, and it took SBC presence to a very, very different level in a metro that’s 120,000 people,” Elliott said.

The task force exploded with excitement over the idea, sharing stories about similar projects they had been involved in.

Chavez shared one such story about his days as a youth pastor, saying he has twenty such students who once served on similar projects who are now in Bible colleges across the country because they want to become missionaries.