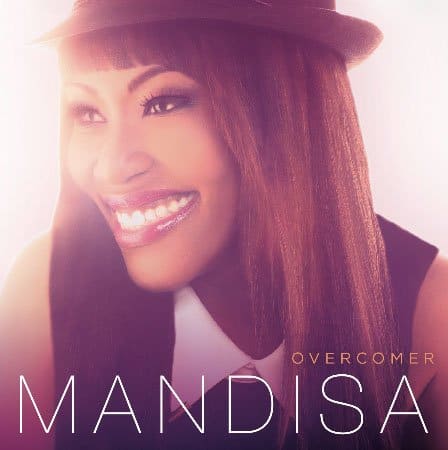 LOS ANGELES (BP) – Mandisa, winner of this year’s Grammy for best contemporary Christian music album, explained on Facebook why she chose not to attend the event that was replete with expressions of immorality.

Mandisa, honored for her “Overcomer” release, cited “the allure of pleasure, the passion to have things and the pompous sense of superiority,” words from a translation of 1 John 2:15-16 warning believers not to fall in love with the world’s ways or worship the things it offers.

Beyond Mandisa, this year’s Grammys sparked an array of social media reaction among Christians. Ed Stetzer, on a blog, noted that the Grammys “are not representative of our culture, but in some ways they are indicative of its shifts.”

Theologian Gregory Thornbury said Americans have become bored with the lack of serious messaging from the artists, who have radicalized themselves into obscurity.

Mandisa, knowing she was nominated in three categories, watched the Grammys at home rather than adorning herself for the red carpet. Later she wanted to share, in “brutal honesty,” why she didn’t take advantage of the party.

Her first three reasons were that her busy schedule makes her want to stay home when she can, she felt insecure about her appearance and she assumed she wouldn’t win.

“Yes, both times I have gone to the Grammys I have witnessed performances I wish I could erase from my memory, and yes, I fast forwarded through several performances this year; but my reason is not because of them, it’s because of me,” Mandisa wrote Jan. 27.

A former “American Idol” finalist, Mandisa worked at LifeWay Christian Resources after graduating from college in Nashville. In 2007, she hosted a volume of “Missionary Moments Video Vignettes” to demonstrate the value and impact of Southern Baptists’ cooperative missions and ministries.

Lately she has been struggling with being in the world but not of it, Mandisa said, referencing John 15:19. The pull of pride and selfish desires has tripped her up, she said.

“I knew that submerging myself into an environment that celebrates those things was risky for me at this time. I am taking steps to renew my mind to become the Heavenly Father-centered, completely satisfied with Jesus, and Holy Spirit-led woman I felt I was a few months ago, but I’m feeling a bit like an infant learning to walk again on shaky legs,” Mandisa wrote.

Instead of being on stage to receive her award, Mandisa knew she was better off alone with the Lord in her home as her name was announced.

Regarding the celebration of sinfulness at the Grammys, Mandisa doesn’t believe in separating herself from those who don’t share her faith. “After all, how else will people come to know Him, if not by His children?” she asked.

But she knows she must be different from the world.

“I can’t force my morality on anyone else. What I can do is live my life in such a way that reflects well on my Savior, stand firm in my values, and do all of these things in love,” Mandisa wrote.

If she’s nominated in the future, Mandisa said she’ll go to the Grammys if she feels up to it, keeping in mind she may feel like “an alien in a strange land.”

Christian singer Natalie Grant, who was nominated for two awards, left the Grammys early, stating on Facebook that she had “never been more honored to sing about Jesus and for Jesus.”

“I’ve had many people throughout my career ask why I never tried to go into mainstream music and last night was a beautiful reminder that I love singing about Jesus and FOR Jesus,” Grant wrote Jan. 27. A multiple Female Artist of the Year in the Gospel Music Assocation’s Dove Awards, Grant was among the featured soloists for the 50th anniversary of the March on Washington last year.

Grant responded to some who took her early exit as a protest of the more controversial elements of the show – specifically a mass wedding ceremony that included gay couples – by writing, “I’ve judged no one. I hate no one. And I believe that every person has been created in the image of God.”

“I will never stand on a street corner and wave a sign, I won’t use my platform to engage in political arguments that will only divide and not unite,” Grant wrote. “I will continue to pray that my life will be my message. I do have my own personal convictions that I live by, and I will continue to work out my own salvation with fear and trembling before the Lord (Phil. 2:12).”

Stetzer, president of LifeWay Research, said Queen Latifah overseeing a mass marriage ceremony would be touted as the cultural highlight of this year’s Grammys. Same-sex and heterosexual couples from various ethnicities married while “Same Love,” nominated for song of the year, was sung. Stetzer noted the song is a gay marriage anthem.

After watching the Grammys, Stetzer offered four takeaways in a blog post at BreakPoint.org: Culture is changing, Christians will be increasingly uncomfortable, there is great opportunity to show the difference Christ makes, and Christians should speak with grace and love.

“Views that were sidelined ten years ago (remember, Presidents Clinton and Obama were once opposed to gay marriage) are not just accepted, they are celebrated,” Stetzer wrote. “Yet, it was not just a shift in views about gay marriage. We continued to see the objectification of women, communicating that talent mattered less than appearance. … The coarsening of language and more were all on display.”

In that same BreakPoint post, Thornbury, president of The King’s College in New York, said the Grammys once mattered because pop music mattered.