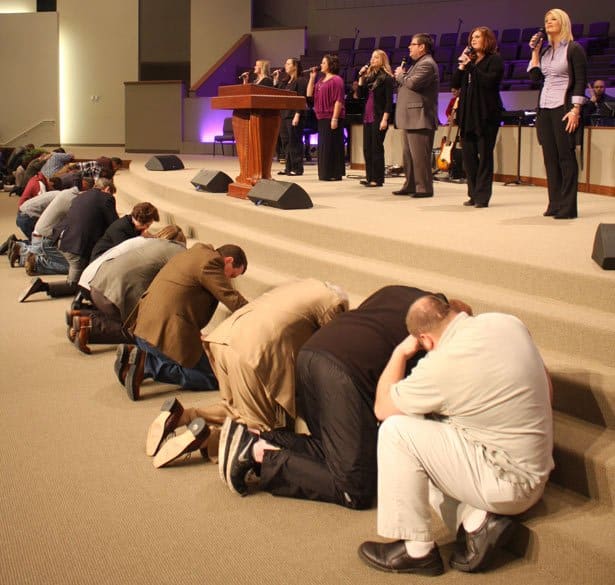 “In the Bible, persecution is normal,” Ripken said, reporting that “70 percent of all Christians practicing their faith live in environments of persecution.”

When Ripken* entered Somalia with the International Mission Board in 1991, only 150 believers lived in the country. By 1997, only four of them were left alive.

“As civil society continued to melt down in Somalia, they began to hunt believers down like I used to hunt rabbits and deer in Kentucky,” Ripken, author of The Insanity of God: A True Story of Faith Resurrected, said.

In 1994, Muslim extremists in Somalia killed four of Ripken’s best friends, who were Muslim-background believers, shooting them in the head and hiding their bodies.

“I remember, etched on the wall of my heart, the day they killed my four friends,” Ripken said. “And I cried out to God, ‘Do you have a clue what is going on here? Are you really paying attention? Are you aware that they are killing everything that loves you, that they’re willing to kill anybody, anywhere, that is even attempting to rub up against you?’

“And I was so broken, so hurt, so devastated, so unable to cope…. I cried out, ‘God, they’re killing everything you love. They don’t deserve to live. God, it’s time … to wipe these Somalis off the face of the earth, because they are not worthy of the blood of Jesus Christ.’

“And the Holy Spirit said, ‘Neither are you. … You had access to the gospel for 18 years, and you turned your back on me until I had to chase you down in a cheese factory and basically beat you to your knees. And you want me to wipe people off the planet who … have little and, in many places, absolutely no access to the gospel of Jesus Christ?’”

“And there they wait,” Ripken added, urging believers to partner with persecuted Christians by proclaiming the message of Christ throughout the world.

“They are suffering because they are witnessing to the resurrection,” Ripken said. “They say, ‘The way you identify with us the most is at the point of witness, because it is witness that has honored us with chains.’ … But when you withhold your witness, you identify with the ones who chained them.”

While working in Somalia, Ripken once felt that God was leading him to the Ogaden Desert in Southeast Ethiopia, along the border with Somalia. He hesitated at first, having no reason to go there. But when he finally obeyed God, he met five Christian men who had fled Somalia when civil war broke out in the 1980s. For many years, these men had lived many miles apart from one another, and their whereabouts were unknown among western missionaries.

But six weeks before Ripken arrived in the Ogaden Desert, these men began praying separately that God would send a messenger who would confirm the truth of the gospel and who would tell them whether or not they had suffered alone and in vain. Then, these men unexpectedly encountered one another for the first time in years, and they approached Ripken, asking him if he was the one that God had sent to answer their prayers.

“On your behalf,” Ripken told Missouri Baptists, “and on behalf of believers of Jesus on the planet, I looked at your five brothers and said, ‘You haven’t believed a fairytale. Jesus is Lord of Lords. He is King of Kings. He is sitting on the right hand of the throne of God. … He is not a fairy tale, and your suffering is not in vain. Your suffering will be a testimony to the ends of the earth, even to Missouri today. And we will make sure with our dying breath that your testimony is not wasted. We will not give up in freedom what you have refused to give up in persecution.