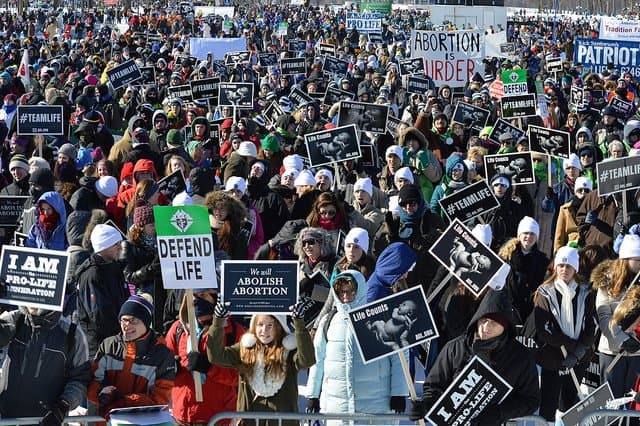 WASHINGTON – Missouri Republican Congresswoman Vicki Hartzler was among the speakers Jan. 22 as tens of thousands of pro-life activists endured frigid temperatures and a snow storm as they gathered at the National Mall in Washington, D.C., to mark the 41st anniversary of the landmark Roe v. Wade ruling that has prepared the way for an estimated 56 million abortions.

The theme for this year’s march was adoption, which organizers called a “heroic decision” for women in crisis pregnancies.

An adoptive mother, Hartzler told marchers, “We are here today to remember the millions of lives devastated with abortion and to pledge ourselves anew to upholding the most fundamental right, the right to life,” she added, noting there are 1.2 million abortions per year in the U.S.

“There are more babies who perish each year through abortion than people who live in an entire congressional district,” Hartzler said. “Every life is valuable and has a God-ordained purpose. All babies are wanted.”

The Northeast is known as a rough part of town. Its buildings are run down, the streets are narrow and full of potholes, and crime is common. It’s home to many different ethnic groups and many more languages. It’s the kind of place that might be especially hard for Missouri Baptists to reach, but