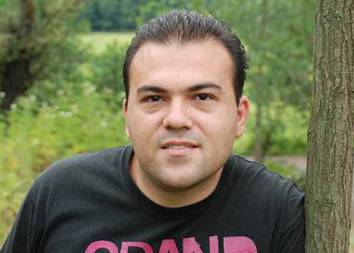 WASHINGTON – American Pastor Saeed Abedini, who has been wrongfully imprisoned in Iran for more than a year because of his Christian faith, has been moved from the murderer ward to the political prisoner ward in Rajai Shahr Prison.

Abedini’s wife, Naghmeh, was a special guest speaker during The Pathway’s report at the Missouri Baptist Convention’s annual meeting in October.

“Make no mistake; Pastor Saeed is still in the deadliest prison in Iran facing deteriorating medical conditions,” said Jordan Sekulow with the American Center for Law and Justice (ACLJ). “This is the first positive step, however slight, since his transfer from Evin Prison last November.”

For the first time in six weeks, Abedini’s in-country Iranian family was able to visit with him in his new prison ward. No reason was given for the move and his family reports that this new ward, still within the dangerous walls of Rajai Shahr, represents a slight improvement in his treatment. Abedini is now receiving better meals.

“His family reports that Pastor Saeed’s medical problems continue to worsen,” Sekulow said. “He continues throwing up on a regular basis and is still experiencing significant pain in his abdomen. Since being moved within the prison, Pastor Saeed was able to see a prison doctor who was very concerned about his internal injuries. The prison doctor recommended that he receive surgery and provided him medication to ease his pain.”

Abedini sustained internal injuries from beatings he endured in Evin prison early in his imprisonment. Those injuries have gone largely untreated, and when he was transferred to Rajai Shahr, Iranian authorities refused to give him the medication he had been prescribed, Sekulow said. “Though Saeed was provided pain medication recently, Saeed has still been denied the medication that was previously prescribed for his internal injuries.

“Since recently meeting with the prison doctor in Rajai Shahr, Pastor Saeed has not yet received the needed surgery. Pastor Saeed’s family has formally petitioned the Iranian government to allow Pastor Saeed to receive this critically necessary surgery at a private hospital. Despite his move from the worst-of-the-worst ward in the prison, he still faces grave danger, significant medical issues, and life-threatening prison conditions, Sekulow said.

“There is a glimmer of comfort to know that my husband has been transferred out of the murderers’ ward, but my heart aches to know the pain he continually suffers and that his injuries necessitate surgery. As a family, it is difficult to be so far away and unable to comfort him in his pain. Though we are encouraged by the transfer to the new ward, such a small step is far from an unconditional release where Saeed is reunited with our family. While this development is welcomed, we desperately await his return home.

The Iranian regime continues to wrongfully imprison Pastor Saeed – a U.S. citizen – for his Christian faith in the deadliest prison in Iran,” Sekulow said. “Until Pastor Saeed is free to return to his wife and two young children in the U.S., we must never give up. We must continue to pressure Iran for his freedom.”