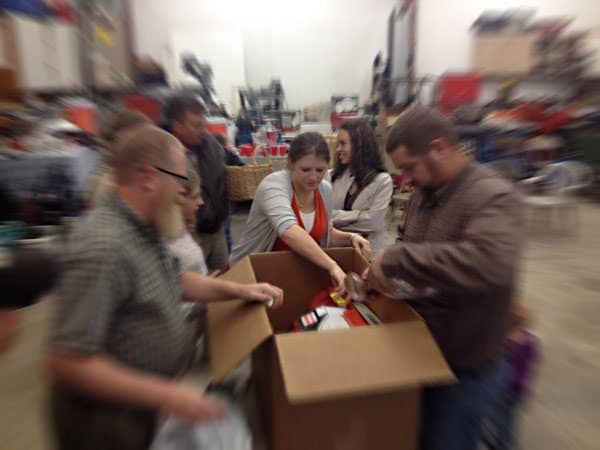 BOHOL ISLAND, The Philippines – It’s been two months since Typhoon Yolanda (Haiyan) hit the Philippines and more than three months since a 7.2 magnitude earthquake shook the island of Bohol, but one Missouri Baptist church is continuing to make life a little better in one small village in the name of Jesus.

Josie Rogers, a member of New Salem Baptist Church in Winfield, was born in the village of Loon on Bohol, though she has been in the U.S. for the past 20 years and is married to New Salem’s pastor, Craig Rogers. Her family’s home was destroyed by the Oct. 15 earthquake, but just as recovery was beginning, the typhoon struck and all attention and efforts were focused north on larger cities like Tacloban.

Rogers and New Salem have been collecting “balikbayan boxes,” which follows a Filipino tradition of sending gifts back home after leaving the country (balikbayan translates to “coming home again.”) There are several Balikbayan businesses in the U.S. that ship the boxes for a flat fee, and New Salem is taking advantage of that. They stuffed each of 12 boxes full with school supplies, candy, food and even tools and construction equipment to send to a local Baptist church there. Recovery there has been slow, but Rogers said the town’s 1,700 families again have electricity and running water. Financial donations from New Salem and others in the Troy area have fed the village several times since the earthquake and typhoon.