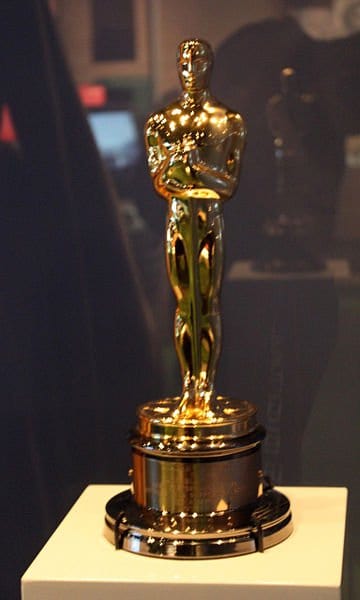 KANSAS CITY, Kan. (BP) – The 2014 Academy Award nominees should be very grateful that only the technical and artistic merits of their work will be judged. Whatever positive messages may be contained in most, albeit not all, of the likely frontrunners, their themes are eclipsed by noxious and extreme content.

In “American Hustle,” for example, a film expected to be nominated as Best Picture, one particular swear word alone is used over 70 times. I know, I’m a profanity counter. But don’t you think that 70 uses in one film of a sexual profanity is lamentable?

“August: Osage County,” “Her,” “Nebraska,” “Inside Llewyn Davis,” “Out of the Furnace,” “Dallas Buyers Club,” “12 Years a Slave” and other anticipated nominees could be best described as dispiriting. Masterful performances often overshadow the lasting effects movies have on our spiritual equilibrium.

Even if you tend to overlook abusive language, for which each of these films seems intent on setting records, then beware of their other mayhem: adultery, perversity, drug use and enough violence to unnerve Marquis de Sade.

“Lone Survivor” is based on a true story of a mission in Afghanistan that went horrifyingly wrong for Marcus Luttrell (Mark Wahlberg) and fellow SEALs. It features a blitzkrieg of bloody war violence and pervasive language in an otherwise outstanding movie. While I understand that today’s cinema attendee demands “realism” in war movies, I can’t imagine anyone thinking a night out with the Lone Survivor would somehow relieve the stresses of the day. Indeed, because the film so assaults the senses, I’m not sure you could count this one as entertainment. It’s more like a civic duty.

The cinema at its most sagacious was once used effectively as an illusionary art form meant to suggest and imply. Those days, evidently, are long past.

Like most comedies of late, “Anchorman 2” also depends on the “I-can’t-believe-I-just-saw-that” raucousness found at the lower end of the comic spectrum. Bathroom humor seems more like it’s been dredged up from the sewer. As for the language….

You’d think the jarring term that combines a reference to God and to damnation would be excluded from a silly comedy meant to raise our spirits. But in Anchorman 2, God’s name as well as our Savior’s are profaned several times, often by the lead character. The harsh exclamation that, in essence, is a call for someone’s damnation, means so little to most moviemakers nowadays and, I guess, to most moviegoers that it is now used as frequently in the comedy genre as it is in gangster movies and war films.

Meryl Streep, in my opinion, is the greatest film actress ever. Chameleon-like, Streep can go effortlessly from angelic to demonic, depending on the script. In “August: Osage County,” she takes the darkest path, being part Mother Macbeth, part Miranda Priestly and part Cujo. She’s absolutely wicked as this venomous Medusa of a matriarch. Her performance is outstanding, but the 130-minute production contains suicide, incest, statutory rape, incessant family squabbling, drug and alcohol abuse, pot smoking and marital infidelity. Watch this movie and you’ll spend over two hours with a crude bunch who appear to have no moral compass.

What in all of this is entertaining moviegoers?

I have defended films over the years whose profundity, it can be argued, outweighed their profanity (“Schindler’s List,” “Dead Man Walking,” “Tsotsi”). This year, however, a cacophony of verbal and visual abuses drowned out the relevance of many a movie. It saddens me that these pictures will be so praised.

I’m hoping the list of Oscar contenders will include films that uplift. I believe “Gravity” was the best film of the year. As Sandra Bullock battles to survive in outer space, the story signals the sanctity of life. And in “Saving Mr. Banks,” another award-worthy drama, Walt Disney attempts to convince the author of “Mary Poppins” to let him bring her creation to the cinema screen. There’s a wonderful moment between Tom Hanks (Disney) and Emma Thompson (P.L. Travers), as he recounts his childhood. In it the actor spellbinds while helping us understand how past relationships affect our lives.

Will films such as Gravity and Saving Mr. Banks prevail Oscar night?

Generally my critic cronies ignore a film’s content when assessing a picture’s artistic and technical merits. Why, I’m not sure, for the content has become as influential as the other ingredients. But what’s our excuse when it comes to supporting films that avoid the light?

Ephesians 5:11: “Have no fellowship with the unfruitful works of darkness, but rather reprove them.” Isn’t that instruction just as applicable to how we entertain ourselves as to how we conduct the rest of our lives?