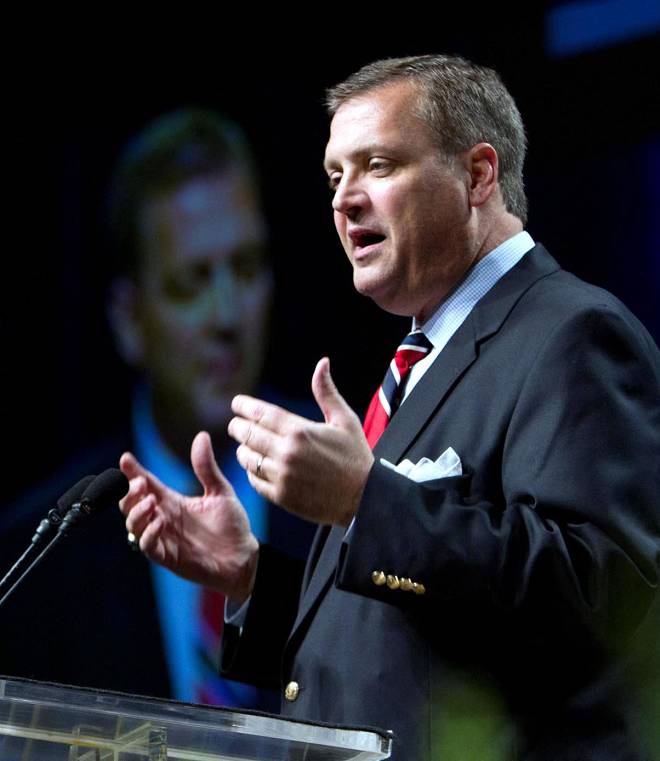 As most Americans were thinking thoughts of Christmas cheer, a federal judge in Utah dropped a bomb on the institution of marriage, striking down the most crucial sections of the Utah statute outlawing polygamy. Dec. 13, Judge Clark Waddoups of the United States District Court in Utah ruled that Utah’s anti-polygamy law is unconstitutional, violating the free exercise clause of the First Amendment as well as the guarantee of due process.

In one sense, the decision was almost inevitable, given the trajectory of both the culture and the federal courts. On the other hand, the sheer shock of the decision serves as an alarm: marriage is being utterly redefined before our eyes, and in the span of a single generation.

Judge Waddoups ruled that Utah’s law against consensual adult cohabitation among multiple partners violated the Constitution’s free exercise clause, but a main point was that opposition to polygamy did not advance a compelling state interest. In the background to that judgment was the argument asserted by Supreme Court Justice Anthony Kennedy to the effect that the only real opposition to any form of consensual sexual arrangement among adults would be religiously based, and thus unconstitutional.

Kennedy made that assertion in his majority opinion in the 2003 case of Lawrence v. Texas that struck down all state laws criminalizing homosexual behavior – and the Lawrence decision looms large over Judge Waddoups’s entire decision. In fact, he referred to a succession of court decisions that had vastly expanded the scope of sexual behaviors and noted: “To state the obvious, the intervening years have witnessed a significant strengthening of numerous provisions of the Bill of Rights.”

Yes, that is to state the obvious. Key to that line of legal reasoning is the declaration by Justice Kennedy in Lawrence that the U.S. Constitution recognizes “an autonomy of self that includes freedom of thought, belief, expression and certain intimate conduct.” More than once, Kennedy had inserted a statement about the Constitution requiring acceptance of “liberty of the person both in its spatial and more transcendent dimensions.” Justice Antonin Scalia acerbically dismissed this argument as the “sweet mystery of life passage,” but the damage was done. Judge Waddoups was working within Kennedy’s structure of thought, and Utah’s law against polygamy was found to violate that zone of privacy.

Jonathan Turley, the George Washington University professor who argued the case for the plaintiffs, did not try to force the State of Utah to extend legal recognition to the man and the four wives with whom he is related. Instead, he argued that the state had no right to prohibit their consensual cohabitation by force of law. Read narrowly, Utah’s law against bigamy – claiming legal marriage to more than one spouse – remains in effect, but to little effect. At this point, most polygamists are not seeking legal recognition for their multiple relationships. Stay tuned for that.

The case was brought by Cody Brown, who along with four wives and 17 children, stars in the “reality television show” known as “Sister Wives.” In a statement released after the ruling, Brown stated:

“While we know that many people do not approve of plural families, it is our family and based on our beliefs. … Just as we respect the personal and religious choices of other families, we hope that in time all of our neighbors and fellow citizens will come to respect our own choices as part of this wonderful country of different faiths and beliefs.”

In terms of those “different faiths and beliefs,” Judge Waddoups ruled that polygamy, rightly understood, was just “religious cohabitation.” Polygamy had been outlawed throughout the United States since the late 19th century, when Utah was forced to adopt such laws in order to enter the Union. The Mormon church then disavowed polygamy. The Browns are part of a group described as a “fundamentalist offshoot” of the Latter Day Saints.

Jonathan Turley, the attorney who represented the Browns, has long been an ardent opponent of anti-polygamy laws. In an article he published shortly after the decision was handed down, Turley argued that the case was not really about polygamy, but privacy. “The decision affects a far greater range of such relationships than the form of polygamy practiced by the Browns. It is a victory not for polygamy but for privacy in America.”

At the same time, he also acknowledged the link between the legalization of homosexual relationships and the acceptance of polygamy. “Homosexuals and polygamists do have a common interest,” he said, “the right to be left alone as consenting adults.” He added: “There is no spectrum of private consensual relations – there is just a right of privacy that protects all people so long as they do not harm others.”

Once that damage had been done, the demand to legalize