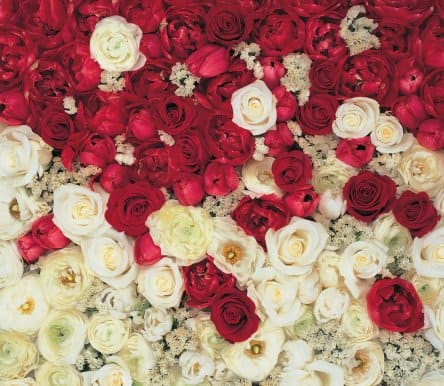 PASADENA, Calif. (Christian News Network) – Two homosexual men are set to ‘wed’ on New Year’s Day during the historic Tournament of Roses parade, as they ride a float sponsored by the AIDS Healthcare Foundation.

Danny Leclair, 45, had submitted an application in October as the foundation was offering a chance to be a part of their float—the organization’s third appearance at the 125-year-old parade. Leclair and his partner, Aubrey Loots, 42, run Studio DNA Salons, a chain of hair salons in the Los Angeles area.

After texting a proposal to Loots, the men were selected five weeks later to be featured on the float that celebrates same-sex “marriage” in light of the Supreme Court’s ruling overturning key parts of the Defense of Marriage Act (DOMA).

According to reports, Leclair and Loots will ride a wedding cake-shaped float themed “Dreams come true,” which will also bear the motto “Love is the best protection,” referring to the global AIDS epidemic. The AIDS Healthcare Foundations says that the float is meant to demonstrate “the role marriage can play in reducing HIV infections among gay men.”

The Pasadena Star-News reports that Leclair and Loots “will take their vows before the nearly 500,000 people who will line Colorado Boulevard on January 1 and millions of television viewers watching around the globe.” An unannounced minister is said to be on tap to administer the vows.

Leclair, who hails from South Africa, told ABC News that he also planned to read a quote from the late South African President Nelson Mandela during the event as a tribute.

“Having my relationship recognized legally is already a dream come true,” he stated in a recent news release. “To be able to declare my love to the world at large in hopes of inspiring others to live proudly and authentically is an enormous honor.”

“It’s awe inspiring to be committing your life to another person and to have millions of people bear witness,” Loots added. “I didn’t imagine this happening in my lifetime.”

However, some have characterized the float as propaganda and state that it is indicative of the continued moral downfall of the nation.

“This float is symbolic of proud homosexual sin on parade for the whole nation to see,” Peter LaBarbera of Americans for Truth About Homosexuality (AFTAH) told Christian News Network. “This is what America has become.”

LaBarbera said that he believes the float is part of the agenda to desensitize the nation to the homosexual lifestyle, and to work toward acceptance and legitimization.

“It’s all about forcing—if necessary—people to accept homosexuality as normative, and it will never be normative. It will always be a sin,” LaBarbera said. “But, thank God, it’s a changeable sin.”

He stated that he is concerned about the direction in which the nation is headed, and that fact that America will ring in the new year by flaunting its open rebellion against God.

“God is not mocked,” LaBarbera warned. “The more we celebrate sin, the more we are in danger of [further] declining in this society, because any society that leaves God behind and abandons the natural family and wholesome morality is a society headed for the dustbin of history. And that’s where America is headed, unfortunately.”