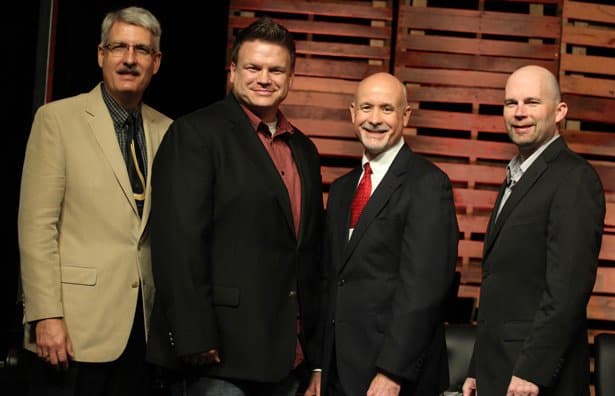 According to the Dec. 10 recommendation, the MBC will open statewide training centers “in order to become more responsive to church planting opportunities.” It states, “We are creating regional networks and simplifying the assessment and training processes to be more flexible and timely.”

The new strategy also allows individual church planters affiliated with church planting networks such as Acts 29 to receive MBC funds if they promote the Cooperative Program (CP) and affirm the convention’s standards for doctrine and personal holiness.

This action follows a 2007 decision of the executive board that de-funded Acts 29 church plants due especially to concerns about the use of alcohol by some individuals in Acts 29-affiliated churches within the state. While the new recommendation reaffirmed the principles behind this decision, it cited changes within the North American Mission Board (NAMB) and within Acts 29 that prompted a change of MBC policy.

“NAMB has broadened the scope of church planters with whom it affiliates, including some individuals who have been affiliated with Acts 29 and other networks,” the recommendation states. Moreover, it suggests that Acts 29 has a new set of leaders who “share our passion for evangelism and our principles of personal conduct.”

“In addition,” it states, “several church planters affiliated with Acts 29 in Missouri have Southern Baptist backgrounds, agree with the Baptist Faith & Message 2000, and would gladly lead their church plants to support the CP.”

“What we have done is a change of process and policy, but it is not a change of precept or principle,” Rick Biesiadecki, chairman of the church planting committee, said.

MBC Executive Director John Yeats agreed with this sentiment, explaining that the new policy is not intended to give outright approval to any church planting network. Rather, the change allows the MBC to cooperate with individuals who affirm the convention’s high standards of belief and conduct.

“It is about us working with individuals, no matter what affiliation they might possibly have with another church planting network,” Yeats said. “We want to open the door for individuals, as they sense God’s call to come along with us in this journey of being faithful men and women of God, planting churches and seeing the lost saved.”

“This is a very significant move by our executive board,” he added, “toward being more strategic partners with NAMB and with Midwestern Baptist Theological Seminary, with the new church-planting initiatives that they have.”

In other business, members empowered “the MBC president to appoint a Governing Documents and Processes Task Force for study and recommendations relating to the effectiveness and efficiencies of convention processes, and to update the governing documents related to the MBC and its Great Commission ministries in consultation with the Committee on Continuing Review.”

While no one has yet been appointed to this task force, MBC president Wesley Hammond told the executive board that it will include diverse ministers and lay people, as well as representatives from Southwest Baptist University, Hannibal-LaGrange University and the Missouri Baptist Children’s Home.