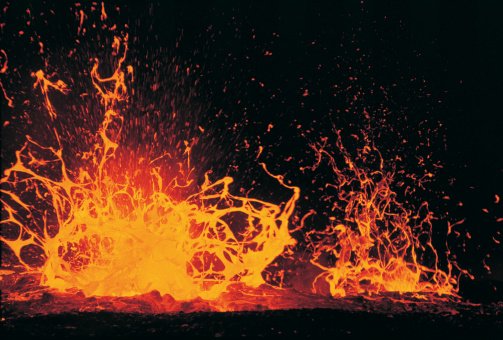 A lot of my friends have adopted a more active lifestyle and started new workout routines of late. When they all do it at once like that I’m usually shamed into joining them. This time, I’ve decided to do resistance training. Because nobody resists training like I do.

People are always talking about how important it is to have a strong core. And even though I’ve heard from all different directions that I should exercise my core, I’m having a hard time getting past the fact that it sounds just plain dangerous. I try not to disturb my core. That’s because under the various layers of fat cells, I’m not altogether sure what I’m really made of. Hey. What if my core is made of molten lava? Anyone ever think of that? Activity is one thing. But volcanic activity? That’s a whole different ball of magma.

Of course, I do realize the volcanic activity – or lack thereof – is not so much a problem with the earth’s crust. Likely more of a problem with pie crust.

On the other hand, there’s a paraphrase of 1 Pet. 1:13 that really gets me. It tells me to “exercise self-control.” Seriously, no one wants a flabby, molten center. We need self-control – a strong core spiritually. If we want to know what it is to be victorious and fruitful, we simply must continually exercise that self-control. The verse in 1 Peter in whole says, “Therefore gird up the loins of your mind, be sober, and rest your hope fully upon the grace that is to be brought to you at the revelation of Jesus Christ” (1 Pet. 1:13).

To gird up the loins was to gather up the cumbersome robes so that a person could stay active, unhindered. In another version we’re told to have “minds ready for action” (1 Pet. 1:13). We’re not called to be spiritual couch spuds. Action begins in the core of our minds – that place where a thought sparks an act. Good thinking doesn’t simply erupt from our minds. We’re called to work at what goes on in our head-space, to exercise self-control in every thought and not give place to the cumbersome wickedness of sin.

A ready mind stays aware of what’s going on thought-wise. Not rationalizing or excusing. Reining it in. We are, essentially, to roll up the sleeves of our thoughts and put them to use for the Kingdom. Paul charges us to “take every thought captive to obey Christ” (2 Cor. 10:5).

It’s good to remember that we’re not without a weapon in the battle to capture those thoughts and ready our minds for action. We “gird up” by filling our minds with the truth of God. “Stand therefore, having girded your waist with truth” (Eph. 6:14).

Girding up with the truth of God’s Word puts our minds in a place of victorious living and successful service. Thoughts aren’t meant to freely roam about willy-nilly in any fleshly direction they want. As we exercise self-control and gather our thinking in truth, we find ourselves loving, serving and sharing Christ with other people like never before – even giving like never before.

I might ordinarily call that being magnanimous. But in this particular spot I think I’ll call it being magma-nanimous. Because what’s hotter than a lava joke?