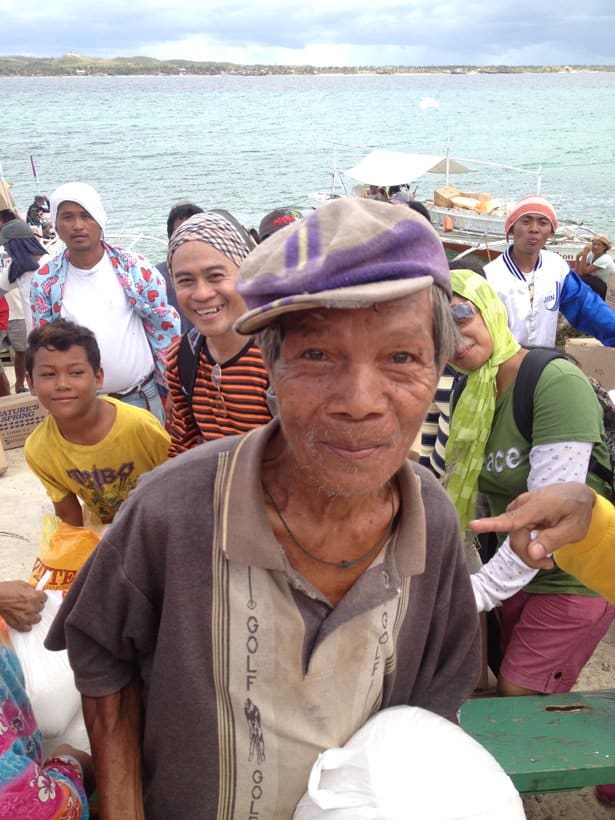 MANLAGTANG, Philippines – They are a poor village with beautiful teeth. Beyond that, the people of Manlagtang, Philippines, are in a world of hurt.

Their village, however, is off the main road and most relief supplies were making their way to larger, more accessible towns and cities.

So the residents of Manlagtang put a sign out on the road that said simply: “Help.”

When a BGR assessment team saw the sign, they decided to make the short walk into the community.

The team was tasked with identifying the short- and long-term needs of communities on the northern end of Cebu Island, which was hit hard by Typhoon Haiyan on Nov. 7. In many communities, the majority of homes were damaged or destroyed. A month later, families still struggle every day with serious food, water, shelter and health issues.

As they entered Manlagtang, the community greeted them with smiles and the team members all noticed the exceptional health of their teeth. Dental health in all the other villages they visited had been poor.

Manlagtang’s residents are the poorest of the poor in the area. They live in small makeshift houses and subsist on rice and fermented fish. They also suffer from inadequate sanitation and unclean water.

When Loper and the Brickers visited, the village only had one toilet, and it belonged to a family that didn’t allow anyone else to use it. Diarrhea had plagued the community since the typhoon hit, and residents were dehydrated. The visiting health specialists discussed symptoms, causes and remedies with the villagers.

The assessment team’s reports are being used to formulate plans to bring healing and hope to Manlagtang’s people in the coming weeks and months.