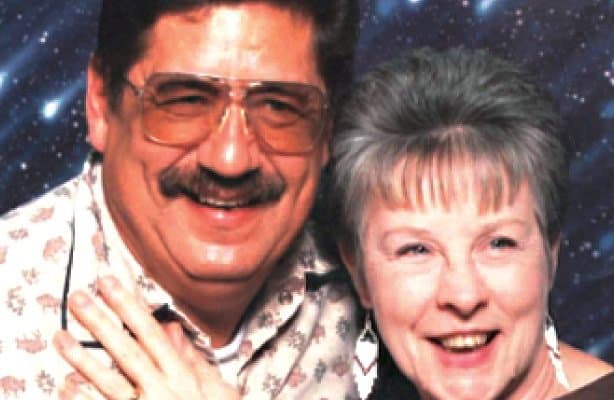 RAYMONDVILLE – A pastor and wife are seeing a revival of sorts behind bars.

Frank White, and his wife Pat have done ministry just over two years at the Texas County jail.

He has pastored First Baptist, Raymondville, for nine years. Attendance has grown from six to more than 40 people, in this town of 163.

But kingdom growth is also happening in jail. More than 150 inmates have come to faith in Jesus the last two years, and 17 others rededicated their lives. In the 1970s he ministered in Jefferson City “in the big house, and saw some great results.”

Inmates have a special place in White’s heart. Early in his life White was in and out of jail. At age 22, he faced serious jail time when, as an outlaw biker, he drew 17 charges against him for one incident.

Through the years, White has been in various ministries – tent revivals, the state penitentiary in Jefferson City, camping ministry (including river baptisms) and pastoring.

“When I decided two years ago to get back into jail ministry, I told Pat, ‘The Lord put it on my heart to do this.’ She was not too keen on the idea at first, but eventually even she succumbed to God’s call.

“God has anointed her (Pat). Now you can’t keep her away,” Frank said.

This summer, they camped 40 miles from home, and returned several times, once so Pat could minister to women in jail.

“It’s a blessing to minister to the girls in there,” she said. “They are very attentive and they love to sing. They listen, and you don’t hear a peep out of them. If the Lord does not give me the words to say in the jailhouse, I would have nothing to say for sure.”

“A few months ago, one man had been in a padded cell for two months on a murder charge. After I led him to the Lord, he said ‘I know I’ll spend the rest of my life in jail, but I’ll take Jesus with me.”

Some inmates are transferred or released and perpetuate salvation. They send the White’s pictures or drawings of their Bible studies

One man asked White “what good is a jail ministry? They (inmates) will just get out and go back to what they did before.”

White told him of a man who came to the Lord in jail, and became a preacher. The man was stunned, when White admitted being that former inmate.

“Some people come in the church door and have never been in jail, and they go out after the service and go back and do the things of the world,” White said.

He said inmates have “the utmost respect” for him and Pat and the ministry team. He said inmates need “to be respected, to be loved on and discipled in the Bible.” Jail officials see positive attitude changes in inmates after the Whites minister.

“I try to make it pleasant for them (inmates). Some of them are con artists and they can smell you out. I tell the team to just be real and don’t be a phony for anybody.”

Other associations ask him to train others about jail ministry.

“I don’t know how to train anyone. I just do what God gives me to do. Love God and let Him direct you,” White said.