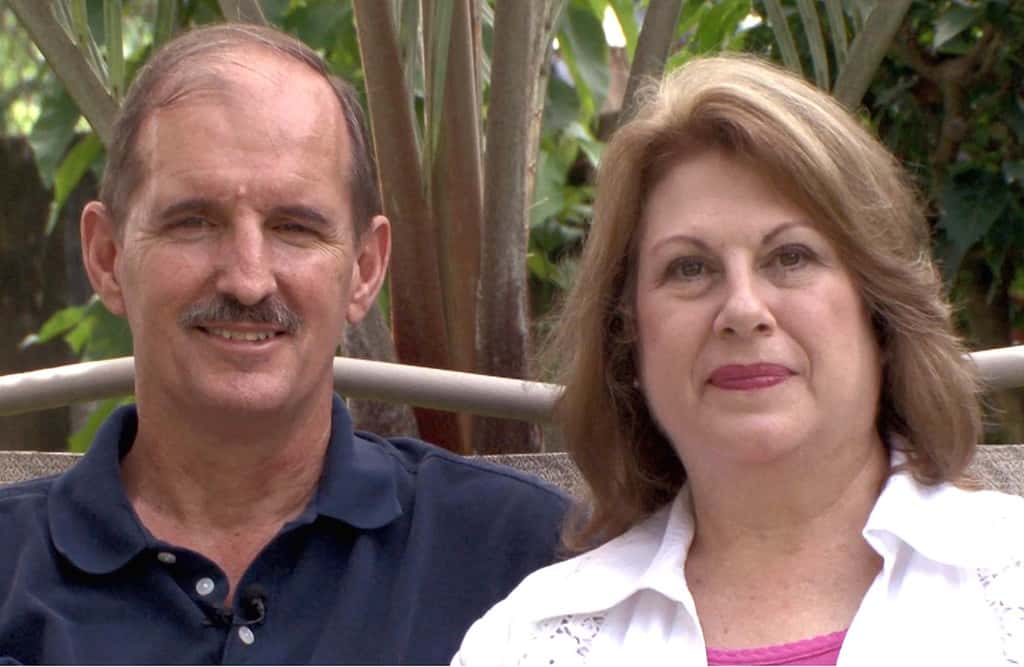 TACLOBAN, Philippines (BP) – Suzie Miller sat on her mattress, floating on the second level of her flooding home, not knowing whether she and her husband would survive Typhoon Haiyan.

But Suzie and her husband Carl –among 26 IMB missionaries in the Philippines – knew they were exactly where God wanted them: in their home in Tacloban during the massive storm.

The entire experience, Suzie said, was a testament to God’s provision and the power of prayer.

As the typhoon engulfed the Tacloban peninsula, Suzie said it sounded like a semitrailer was passing. The torrential wind and rain shattered glass windows in their home and water began pouring in from the deluge and from storm surge waves pushed inland from the ocean.

Upstairs, the Millers climbed with their two dogs onto a mattress floating in the water in their bedroom.

For Suzie’s birthday on Nov. 3, her son and daughter-in-law bought Dr Peppers – a rare treat in the Philippines and a favorite of the Millers. IMB missionaries Stan and Dottie Smith also had given the Millers some Dr Peppers.

Stranded on their mattress, Suzie said she and Carl felt like they were dying of thirst as the wind and rain torpedoed their home. As the water rose in their room, the Dr Peppers floated over to the mattress.

“We just opened a Dr Pepper and shared it,” Suzie said. “There is nothing that helps you out like drinking Dr Pepper in a storm.”

Suzie said God brought a Scripture verse to mind during the experience: “Save me, O God! For the waters have come up to my neck” (Ps. 69:1).

After the Millers cried out to God, the water began to recede, but another wave soon poured in. The couple continued praying, the water receded and did not rise again.

“We saw all of our furniture floating around … and then it all settled down,” Suzie said. “God saved us.”

Despite the tragedy, God brought the Millers moments of humor. Carl lost his glasses in the storm and had to wear Suzie’s pink pair. Most of Carl’s shoes washed away – all he could find was one boot, so he borrowed a purple sandal of Suzie’s to wear outside.

Of 200 books the Millers own, a copy of David Jeremiah’s What in the World is Going On was plastered on the wall.

The Millers’ freezer also floated through their home. Remarkably, the freezer remained sealed, preserving a turkey they had purchased for the upcoming holidays.

Instead of keeping the turkey for themselves, the Millers gave it to their neighbors who were struggling to feed their family. The neighbors prepared the turkey and insisted the Millers join them for “turkey adobo.” (Adobo is a popular seasoning used in the Philippines.)

The neighbors in the immediate vicinity all survived. Through the experience, Suzie said she learned the true meaning of community.

The Millers’ church is located on the opposite side of town, and they didn’t know whether it survived. On Sunday, four church members walked almost five miles through debris and dead bodies to see if the Millers and other church members were alive and well.

“It was a great time to see Filipinos care for each other,” Suzie said. “It is kind of like Acts: everyone had everything in common, and no one had anything that was their own.”

The Millers walked past leveled homes and corpses. The house next to theirs was gone. Tin, boards, nails and wires littered the streets. They passed a home that had caved in; the corpses of the family remained inside, crushed.

Cars were upside down. A mini-semitrailer rested on top of a tree. Around the beach areas, only coconut trees remained. Gnarled steel girders protruded from spaces where buildings once stood. People tried to bathe in standing water on the road.

The Millers boarded a military aircraft on Nov. 12 for Manila, where they are recuperating and making plans for relief work. Staying in Tacloban became dangerous after the storm passed, as looting and violence over the lack of food is increasing. The delivery of aid supplies to the island has been slow. There is a lack of water, food and phone service.

But the Millers hope to return and help their community rebuild.

Suzie said she and her husband are praying they “would do things to give God all the glory, and that He would be the focus of this, and not us.”