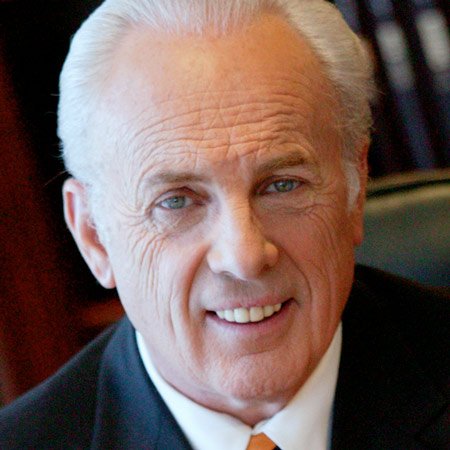 John MacArthur, pastor of Grace Community Church in Sun Valley, Calif., and president of Master’s Seminary and College, was the guest lecturer and discussed the topic of expository preaching Oct. 29-30. The Charles H. Spurgeon Lectures on Biblical Preaching was named in honor of the famous British pastor, referred to as the “Prince of Preachers.” Midwestern Seminary owns Spurgeon’s personal library, which consists of approximately 7,000 books, letters and artifacts.

“As owners of the Spurgeon library comes a profound stewardship – one that we share on behalf of Southern Baptists and on behalf of the church as a whole,” said Jason K. Allen, president of Midwestern Seminary in Kansas City. “We take that stewardship very seriously, and we have ingrained that into this seminary’s identity because so much of what Spurgeon stood for is of pressing and urgent concern for us as well. These include preaching the Bible, proclaiming the gospel, and standing strong in the midst of our own downgrade controversies. So, it is fitting and right that we have the Spurgeon Lectures, but it is especially fitting and right that we have Spurgeon Lectures on biblical preaching.”

Throughout the planning process for the event and lectures, Allen said one name immediately and continually came to mind.

“I think, in this generation, John MacArthur might well be the gold standard when it comes to biblical exposition,” Allen said as he introduced the event’s guest lecturer. “His ministry over the years has been remarkable, but his is not only a ministry of preaching, although that, like Spurgeon, is at that very heart of it. It is a ministry of faithfulness in a thousand different ways – through biblical commentaries, through his book publishing ministry, through the Grace to You global radio ministry, through The Master’s Seminary and College, and through being an apologist in our own era.”

MacArthur’s two lectures centered upon what drives his commitment to biblical exposition after almost 45 years of expositional preaching. Following a day of lectures, Allen introduced MacArthur as the initial inductee into the Spurgeon Society and conferred him as a Spurgeon Fellow at Midwestern Seminary.

“We are relentlessly committed to the Scripture and to sequential exposition of the books of the Bible,” MacArthur said. “I’m not here today to define expository preaching any more technically than to simply say it’s the true and faithful explanation of the text, which takes as its foundation the intent of the original author.”

Many people want to bring the Bible context into modern times, yet MacArthur, said this is exactly the opposite of what needs to happen. He suggested that pastors should be taking modern people into ancient times.

Bible exposition is not informed by this culture, MacArthur noted. Instead, the biblical culture is what informs the meaning of Scripture. He added, faithful exposition, then, is relentlessly historical in nature and helps its hearers live in the New Testament era or the Old Testament era.

“Christian ministry then has one clear duty,” he added, “and that is to cause people to understand what the Bible means by what it says, and that starts with authorial intent.”

During the first lecture, MacArthur also commented, “For any true preacher, the most compelling chapter in the Bible is Psalm 119. I promise you when you feel the way David feels about Scripture in Psalm 119, you will be an expositor. When the cry of your heart is 176 straight verses that extoll your passionate affection for the Word of God, you will be an expositor.”

In his second lecture, MacArthur focused on six additional reasons that expository preaching is necessary for today’s pastors.

“When I hear a popular preacher say he spends the same amount of time studying as he does preaching, an hour for an hour, I fear for his soul,” MacArthur said. “The Word does an amazing work of sanctification. Intense study of Scripture exposes the soul to cleansing truth.”’

Expository preaching provides spiritual depth and transcendence for the people. However, without it, there can be serious problems. “You show me a church where the Word of God is not exposited, and I mean in a theological sense,” he said, “I will show you superficial worship.”’