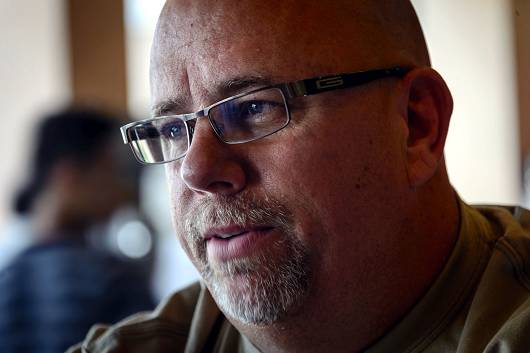 CEBU CITY, Philippines – Missouri Baptists are on the ground in typhoon-ravaged islands of the Philippines, and leaders are asking for prayer, future volunteers and funds.

Though they are going at the request of the UN and local governments, Baptists will be wearing their signature yellow shirts and sharing the gospel as opportunities arise.

“There is no doubt we’re going in as Christians,” Carter said.

They are to be assessing the damage and situation in urban areas in preparation for relief supplies and work in the aftermath of Typhoon Haiyan, which struck the region Nov. 7. More than 120,000 people evacuated before storm made landfall, but news reports say at least 3,900 died as winds reached 235 mph. More than 4,000 have reported injuries, and 1,600 are still missing. Carter said officials estimate three out of four people in the nation have been affected in some way.

“Gratefully, Southern Baptists have a network of international mission personnel and national partners on the ground in many of the areas hardest hit,” said John Yeats, executive director of the Missouri Baptist Convention. “Because of the faithful giving by Missouri Baptist churches and Southern Baptist churches in other state conventions through the Cooperative Program and the Lottie Moon Offering for International Missions, we already have a network of people who know where and what the greatest needs are for the region. Now our disaster relief resources and volunteers can come beside the mission personnel and national partners and make a huge impact.”

“We’ll be looking at everything from water, sanitation and hygiene to sheltering, first aid and the mass distribution of food,” Carter said. “Then we’ll come back and be able to say we need recovery teams, clean up team, demolition teams, rebuild teams, whatever.”

Carter and Beasley will be operating out of Cebu, a resort town on an island opposite the hardest hit city, Tacloban. Fortunately, both men were trained in international relief protocol the week before the typhoon hit.

Carter asked Missouri Baptists to pray for him, the other volunteers and the victims.

“Pray for us, and for the thing we’re going to see,” Carter said. “It’s going to tax our spiritual and mental emotions. Pray that we will have the eyes of God so that we can see where we need to engage and be a witness.”

“At this stage, the most important activity of God’s people is to pray,” encouraged Yeats. “Dwain, Michael and the other leaders will give us a clearer picture of the kinds of things we can do to make a difference in the lives of people for the sake of the gospel. One thing we can ask the Lord is what kind of financial gift we can give and does the Master want us to prepare to go and help.”

Carter, also asked that Missouri Baptists consider donating to the relief effort, noting that 100 percent goes directly to victim relief. Individuals can give through their local church to MBC DR or donate directly online at www.mobaptist.org/dr. (Read Dr. Yeats’ column about the value of maximizing your gift to help the people in the Philippines.) Finally, Carter said the recovery effort will last months and asked volunteers to be ready to respond once the initial assessment is complete, probably as early as the first of December.

“We’re already being inundated with people calling asking to be on teams,” Carter said. “I look for us to be invested heavily over the next six months with sending teams as long as finances hold out or people can pay their own way. In Japan after the tsunami, there were Missouri Baptists still going in eight months after.”

Carter said there is no need for special training. Call the DR office at 1-800-736-6227 ext. 315 to volunteer or for more information about volunteering.

This is just the latest in what has been an extremely busy year for Missouri Baptist DR. There have been 16 callouts in Missouri alone, with Missouri volunteers also responding to disasters in Oklahoma and Colorado.