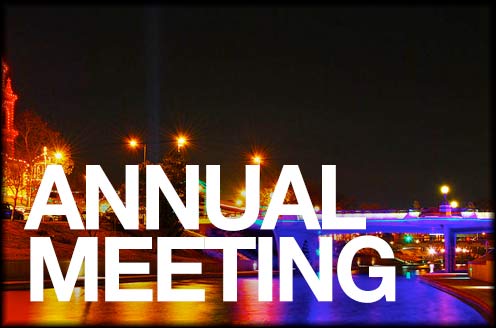 KANSAS CITY – Reminded that God’s Word and Spirit can transform a lost world and empower ministry, messengers to the 179th annual meeting of the Missouri Baptist Convention (MBC), Oct. 28-30, reaffirmed a “50-50 by 2020” cooperative giving initiative, defended the biblical definition of marriage, and prayed for persecuted believers around the world.

A total of 942 messengers and 265 guests from 530 churches gathered at Kansas City’s Sheraton Hotel at Crown Center, where Southern Baptist Convention (SBC) president Fred Luter proclaimed that the gospel can transform lives and cultures.

Additionally, MBC president Wesley Hammond, pastor of First Baptist, Paris, and convention preacher Eddie Bumpers, pastor of Crossway Baptist, Springfield, emphasized the convention’s theme, “The Holy Way,” based on Isa. 35:8. They reminded messengers and guests that they must lean wholly on God’s Spirit and power for ministry. Likewise, MBC Executive Director John Yeats called Missouri Baptists to trust God as the convention attempts to balance the percentage of Cooperative Program (CP) giving allocated to the state and national conventions. This “50-50 by 2020” initiative, Yeats said, will broaden Missouri Baptists’ worldwide impact for the gospel, but they must trust God to provide the resources for this effort.

“We ask you to pray and seek the Lord,” Yeats said. “Ask Him, ‘Lord give us faith to trust You with the resources You desire to give through our churches to the ends of the earth.’”

An overwhelming majority of messengers approved a resolution that encouraged Missouri Baptist churches “to continue supporting the Cooperative Program and give serious consideration to increasing their commitment to the Cooperative Program by 2020.” They also approved a $14.5 million CP budget, which showed a decrease from last year’s $14.6 million budget. Nevertheless, they moved toward the “50-50” cooperative giving plan, approving 60 percent of the CP budget for state ministries and 40 percent for SBC ministries. In contrast, messengers at the MBC’s 2012 annual meeting allocated 62.5 percent for MBC causes and 37.5 percent for SBC causes.

Missouri Baptists also approved the Executive Board’s recommendation that the Rheubin L. South Mission Offering goal be set at $700,000 and that the MBC take a special offering to “benefit equally the MBC ministries of Super Summer and mb125.”

Messengers to the convention also approved two resolutions submitted by the MBC’s Christian Life Commission that defend the biblical perspective on marriage and homosexuality.

One resolution opposed the recent decision of the Boy Scouts of America (BSA) to open membership to homosexuals. According to the resolution, this change in membership policy contrasts with the BSA’s historic commitment to safeguarding values that are “consistent with belief in God and biblical precepts that serve as the basis for Christian faith.” It also conflicts with the Baptist Faith and Message 2000, according to which “Christians should oppose all forms of sexual immorality, including adultery, homosexuality, and pornography.”

The resolution proposed that “the messengers of the Missouri Baptist Convention meeting, Oct. 28-30, express our continued opposition to, and disappointment in, the decision of the Boy Scouts of America to change its membership policy.” The resolution also encouraged Missouri Baptist churches to reconsider their relationship with the BSA and encouraged churches that break with the BSA to continue ministering to boys through such programs as Royal Ambassadors.

Another resolution responded to the U.S. Supreme Court’s opposition to the Defense of Marriage Act (DOMA). The resolution reads, “RESOLVED, that the messengers of the Missouri Baptist Convention meeting in Kansas City, October 28-30, 2013, express our continued opposition to and grave disappointment in the ruling of the U.S. Supreme Court to strike down the Defense of Marriage Act.”

While condemning homosexual behavior and opposing the redefinition of marriage, both resolutions also encouraged Missouri Baptists to pray for and show the love of Christ to homosexuals.

During a report from Don Hinkle, editor of The Pathway, messengers and guests at the convention also prayed for the persecuted church and welcomed special guest Naghmeh Abedini with an explosive standing ovation. She is the wife of American-Iranian pastor Saeed Abedini, who has been held in Iran’s Evin Prison for more than a year because of his faith in Christ.

“I just have to give all glory to God because what the enemy has meant for evil God has used for good,” Abedini told messengers and guests at the annual meeting. Because of the “Save Saeed” campaign, Abedini has shared the gospel throughout the world, even while addressing the United Nations in Geneva. Amid applause, Abedini said that she told world leaders that the world’s problems can be solved by Jesus Christ. After hearing Abedini’s testimony, Executive Director John Yeats led Missouri Baptists as they prayed for Abedini, her husband and their children.

Missouri Baptists also approved a recommendation by the Committee on Convention Preacher that Richie Rhea, pastor, First Baptist Church, Troy, preach the convention sermon during the next annual meeting at Tan-Tar-A Resort in Osage Beach, Oct. 27-29, 2014.