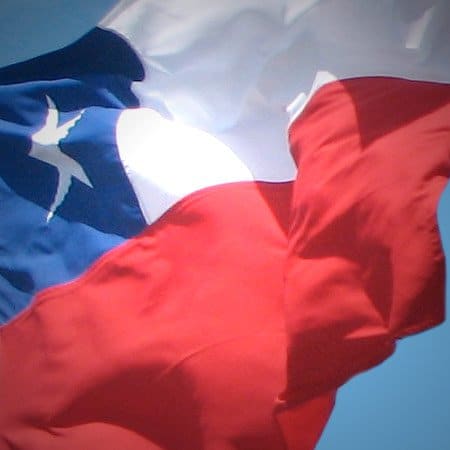 SANTIAGO, Chile – David Stow does not fit the stereotypical mold of a missionary, yet his role as team leader over the International Mission Board’s (IMB) office of overseas finance in Chile allows him to see the impact that all Southern Baptists can make around the world.

“Fifteen years ago, I thought missionaries were preachers and people who were outgoing evangelists,” David said. He described himself, on the other hand, as an introvert who grew up attending North Star Baptist Church, Strafford, and earned an accounting degree from Missouri State University. But while working at a Kansas City accounting firm in 1994, he was set up on a blind date with Robin Curp, whose parents served as IMB missionaries in Ethiopia and Kenya for more than two decades. Her father, Bill Curp, recently retired as the Director of Missions of the Jefferson Baptist Association.

After the couple married and as they awaited the birth of their second child, Robin asked David to volunteer for a short-term mission trip that her father was leading in Kenya, so that he could see the land where she was raised. After the trip, David began to feel that God was leading his family to the mission field. After studying at Midwestern Baptist Theological Seminary, the Stow family moved to Uganda, where they quickly learned that God could use a variety of people, with different skills, in Kingdom work around the world.

After living in Uganda for six months, the Stows moved to Kenya, where David was able to use his skills as a CPA by serving on a regional treasury team for the IMB. Seven years later, they moved again to Santiago, Chile, where David helps to oversee the finances for missionaries from Canada to the tip of South America. In this role, he also sees the value of Cooperative Program.

“The Cooperative Program is a gift from the Lord, because a little church like North Star Baptist that I went to, that had 20-30 people, couldn’t support a missionary on its own,” David said. “But we gave faithfully—and we still do—to the Cooperative Program and to Lottie Moon and to Annie Armstrong every year, and that little piece gets added to the little pieces from other little churches. And, the next thing we know, we can have a part in supporting several missionaries on the field.”

Southern Baptist giving is a godsend for IMB missionaries too, he said. Missionaries who work with other agencies must often raise their own funds. While many people will give to support these missionary’s evangelistic and ministry efforts, they will not always give to support their other needs—for example, their children’s education or medical care. Through the Cooperative Program and Lottie Moon, however, Southern Baptists provide for the many needs that missionary families face.

Serving in Santiago, the Stow family has discovered that many of the people they are surrounded by are more affluent and, like those in the United States and Europe, more resistant to the gospel. This reality has helped them to recognize that they must take every opportunity to share the gospel—a task that every Christian is called to do, Robin said.

“The minute we accept the gift of Christ in our lives, we all become missionaries,” Robin says. “You don’t have to go across the seas to become a missionary. You’re a missionary wherever you are. And it is intimidating wherever you are to go out of your comfort zone and to love on someone like Christ did.”

God calls every Missouri Baptist to be a missionary—whether or not they ever leave Missouri, and even if they never fit the stereotypical missionary mold.