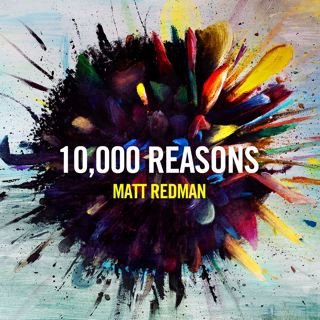 NASHVILLE (BP) – English worship leader Matt Redman received top honors at the 44th annual Gospel Music Association Dove Awards in Nashville Oct. 15, garnering the award for Songwriter of the Year and an impressive four awards for his song “10,000 Reasons (Bless the Lord),” which has quickly become a familiar anthem in churches around the world.

Hip hop artist TobyMac was recognized as Artist of the Year for the second time, last winning the award in 2008. TobyMac also won Doves for Pop/Contemporary Album of the Year, Recorded Music Packaging of the Year and Short Form Video of the Year.

Relative newcomer Tasha Cobbs was awarded the Dove for Gospel Performance of the Year for her breakout hit “Break Every Chain” and Australian band For King & Country was named New Artist of the Year.

Gospel Music stars Amy Grant and Kirk Franklin hosted the awards show, which was held for the first time at the Allen Arena on the campus of Nashville’s Lipscomb University. Touching moments from the event included a tribute to evangelist Billy Graham by Michael W. Smith and the Newsboys, a tribute to longtime singer and songwriter Bill Gaither by Karen Peck, the Isaacs, Dailey & Vincent and Signature Sound and the presentation of the “Uplift Someone” award to gospel artist Mandisa, whose song and music video “Overcomer” have received national attention.

“What an amazing night of music and honor,” said GMA Executive Director Jackie Patillo in a press release. “On behalf of membership of the GMA, we are proud to present this year’s Dove winners and congratulate each of them and the nominees on their achievements. We would also like to thank the city of Nashville for welcoming us back home and to the wonderful host for the evening, Lipscomb University.”