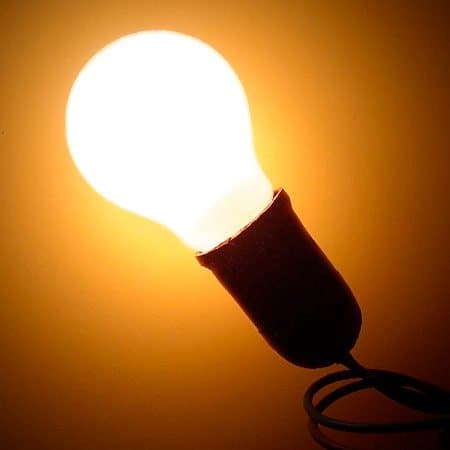 The Old Testament promised the Messiah would be light in a dark place. He is that light and when He allows His Light to shine in us, it makes a big difference. I have seen a new believer surprisingly (to them) show forth the light of Christ as He came into their life. Their countenance lit up all over with His presence. He claimed the Father and His witness of Himself made the two witnesses necessary to prove the Law. The newscast the day I wrote this told about another state making it legal for same sex marriages to be performed. That is against God’s Law and preferred way of living. Jesus spoke of the law’s requirement of two witnesses and told the people He gave a witness about Himself and the Father confirmed it. So Jesus 2,000 years ago was magnifying the law and He has not changed about that. Note these thoughts based on the words of Jesus as He said: The Son can do nothing of Himself, I seek not Mine own will, but the will of the Father, My doctrine is not Mine, but His that sent Me, I do always those things that please Him, I came from God. All of those words are in the eighth chapter.

The Christian Life Commission of the Missouri Baptist Convention has scheduled a World View Conference for the past several years. This year it will be held at Hannibal-LaGrange University. If you can, please attend it. In our text Jesus said He was not of this world. When He lives in us we are no longer of this world. We may live here but our mind set in different. It is different because we walk in the light of Jesus. The Word of God makes a difference in an individual believer. The attitudes and actions of the Jewish leaders clearly identified them as followers of Satan. In a number of places Jesus intentionally challenged His listeners. He welcomed those who wanted to question his claims and character as long as they were willing to follow through on what they discovered. Jesus’ challenge clarifies the two most frequent reasons that people miss when encountering him: (1) They never accept his challenge to test him, or (2) they test him but are not willing to believe what they discover. If these people would do as Jesus challenged, they would have less Wondering About Judgment. Amen? Amen! (For a more detailed outline, go to: www.preachhim.org/SundaySchoolIndex.html.)

Introduction: Perhaps more questions have been asked about Him than any person who ever lived. I think He is the most intriguing figure of all history. It is amazing and somewhat amusing how some people who do not claim Him as their Lord want to talk about Him. Those of us who claim to love Him never tire of listening to stories , songs or sermons about Him. Amen? Amen!

Some people thought you could not be much of a teacher if you did not have the proper training. They did not know where Jesus received training. The scriptural knowledge Jesus possessed amazed many people. Do you remember as a 12-year-old boy He amazed the Jews in the temple. There is no substitute for being well-learned from the Scriptures. The truth of the teachings of Jesus comes from its source. Jesus told these people His teaching came from God the Father. When a teacher speaks with real spiritual power, wisdom and compassion, a good observation will be God is involved. Jesus asked them to evaluate His teaching for He did not seek His own glory but the glory of the Father.

The people wanted to know if Jesus was really the Messiah. They questioned whether He was the Messiah or not. They reasoned because none of the authorities were restraining Him, He might be the Messiah. Jesus knew how they reasoned and so He confronted their very thoughts. He accused these people of not knowing God. That was a serious accusation to make to a Jewish person because they felt like they were very special to God. That action by the Lord caused them to try to seize Him. At the same time there were some who believed in Jesus as the Messiah and made a commitment to Him. They reasonably thought, “When the Messiah comes, He won’t perform more signs than this man has done, will He?” That was very good thinking and caused them to take the action of belief.

Some of the people in the first century wanted Jesus to be with them forever. Most of the people did not understand how He could go away where they could not find Him. The way to see Jesus then, and now, remains the same: The only requirement boils down to believe and receive. His destination then and location now are the same. He is with the Father in heaven. During this time and before, the Dispersion referred to a route away from Jerusalem and to the Greek-speaking Jews. Jesus said where He was going they could not come because they were Asking Questions About Jesus, but failed to make their commitment to Him. How about you? Amen? Amen! (For a more detailed outline, go to: www.preachhim.org/SundaySchoolIndex.html.)