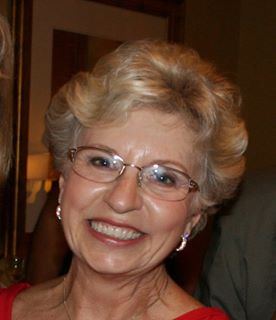 BLUE SPRINGS – If the cloning industry has its way, its research will be funded on the backs of Jackson County taxpayers.

On Nov. 5, Jackson County voters will be asked to vote on a sales tax increase. The Jackson County sales tax initiative, titled “Question No. 1” on the ballot, will establish a medical research and development institute. This institute would fund medical research and development at the discretion of the county legislature in whatever locale they so choose.

After examining the initiative’s language, pro-life legal experts are warning that there are no pro-life protections in the ballot proposal that would restrict such public funds from being used for human cloning or human embryonic stem cell research. The Jackson County Legislature passed the ordinance, which puts the initiative on the ballot and pointed to a certain “Memorandum of Understanding” (MOU) and an “Operational and Governance Overview” as documents that supposedly govern how the sales tax money would be used to establish the new research institute.

“Unfortunately, the MOU and Overview can be changed at any time without a vote of the people,” said Pam Fichter, president, Missouri Right to Life. “They are so vague and deliberately non-final that they leave open the door for sales tax money to be used for any type of research including research with no pro-life protections. Even if they were intended to be contracts, they are so vague that they probably cannot be enforced.”

“The taxpayers of Jackson County should not be required to fund cloning and research that destroys innocent human lives in the first stages of development,” she said.

Missouri Right to Life, as well as virtually every pro-life organization in Missouri as well as the Lutheran Church Missouri Synod and Archdiocese of Kansas City-St. Joseph are urging voters to reject the sales tax increase.

“The cloners have been wanting to build this institute for years and they are wanting to do it on the backs of hardworking taxpayers, many of whom have conscientious objections to the taking of a human life, a requirement in cloning and embryonic stem cell research. Jackson Countians ought to send the cloners a strong message on Nov. 5, and Christians throughout Missouri should pray that this ballot initiative will be defeated.”