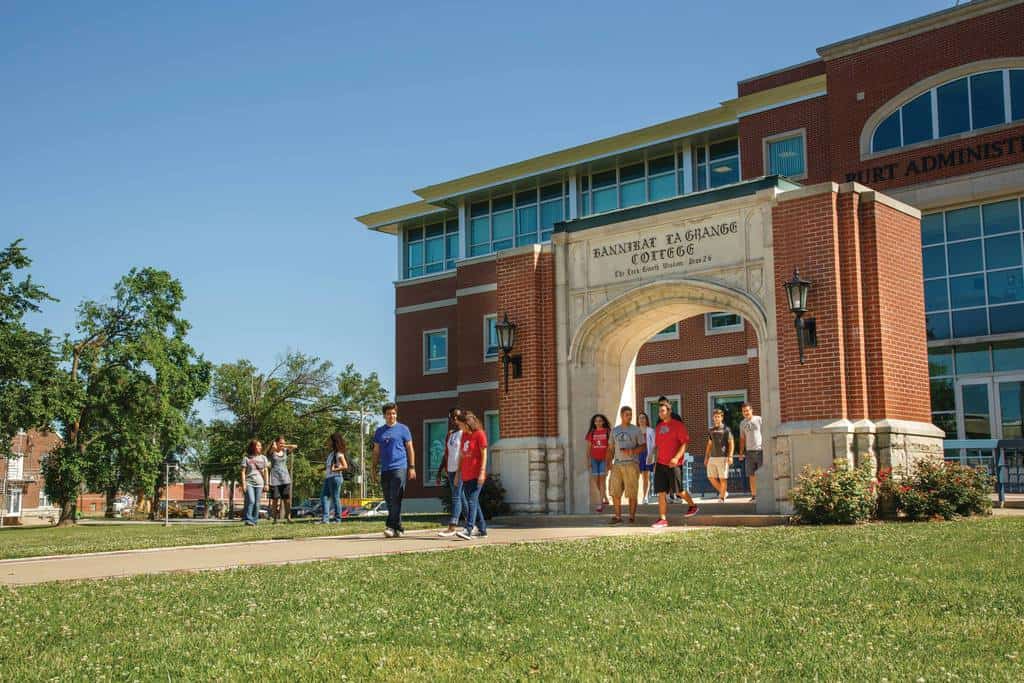 The former science building on campus was destroyed when high winds tore the roof off in May. HLGU officials are close to finishing negotiations with the insurance company and hope to complete construction on the new 40,000-square foot facility in time for next year’s fall semester. The building will be between the current fine arts building and Crouch residence center, forming a new quad area.

The four core newly approved principals are that HLGU is to be: Christ-centered, learner-focused, service-oriented and globally minded.

“That’s who we are,” said HLGU President Anthony Allen.

There are 506 students on campus for the fall semester, including more than 100 international students. Adult enrollment is still ongoing, but the total headcount of students in HLGU’s programs is 1,237, which is up slightly from last fall.

Jeff Brown, director of campus life and spiritual formation as well as associate professor of Christian studies reported to trustees on a new emphasis of encouraging redemptive discipline and Christian conduct on campus.

“We can show mercy where mercy needs to be shown – and that’s what we want to do,” he said. “but we will also be as diligent or strong as we need to be. If you ask for forgiveness, we’ll give you forgiveness. But we’re still going to hold you accountable.”

Brown also shared with trustees the results of a survey of the “spiritual temperature” of HLGU’s students. As is to be expected of a university affiliated with the Missouri Baptist Convention, a strong majority of the student body are believers according to interviews and contact Brown’s office has had with nearly every student on campus.

More than half – 58 percent – of women on campus are “committed, strong believers,” and 27 Brown characterized as “seeking,” or perhaps have been in church in the past and have fallen out and now neither “hot nor cold.” Fifteen percent are not Christians.

“We hold them accountable, but we do it in love and hopefully they move from [the third category] to the [second category] and then to the strong Christian column,” Brown said.

He said there are about 40 students in a mentoring program to help them “move up a category.”

While Christians can cause disruptions on campus and non-Christians can be model students, Brown suggested there is a correlation between faith and behavior on campus.

“In the past we’ve had some discipline issues,” he said, “perhaps because they came here not understanding just ‘how Christian we are.’ We want the students to know where we stand. We’re not going to make you convert, we’re not going to make you become a Baptist and we don’t want to make you uncomfortable, but we do need to you understand who we are and what we’re trying to do. If you want to come and get a degree here, you’re going to hear a Christian worldview and it’s going to permeate class, chapel and chapel life.

“If we’re given a level playing field, the gospel wins,” Brown said.

Trustees voted to move forward seeking accreditation for a new graduate degree in leadership. The new master’s program would have two tracks, leadership in Christian ministry and organizational leadership, be completed in one year, and take place entirely online. Assuming approval by the accrediting bodies this spring, the degree will be offered beginning in the fall of 2014.

Trustees will next meet in March.