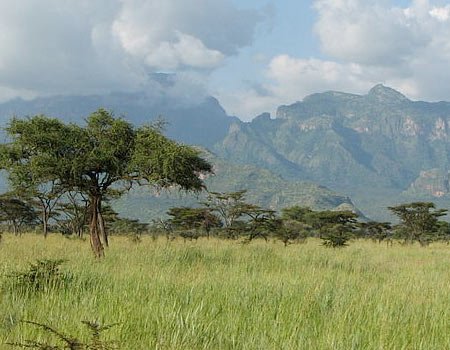 Umar Mulinde grew up in a strict Muslim home in Uganda. His grandfather was an imam (religious leader), and Umar was trained in Islamic thought, which went unchallenged until he left home for college.

One Sunday Umar visited a church for the first time and was so impressed with the gospel that he surrendered his life to Christ. Three Muslim friends saw him leave the church and attacked him.

He assumed the beatings would stop. He was wrong.

In time, Umar preached in a church that grew in size to 1,000. On Christmas night 2011, as he left church, Muslim assailants threw acid on his face as they shouted, “Allahu Akbar” (God is greatest).

As a result, he is badly scarred and blind in one eye, but he continues to preach. “When I became a Christian, I was set free from legalism, fear, and hatred. My message today is one of Christ’s love and forgiveness, and I will continue to preach it.”

The global assault on Christians

Umar’s story is one of thousands around the world illustrating the fact that in many countries religious freedom is the exception, not the rule.

Paul Marshall, Lela Gilbert, and Nine Shea bring this reality to light in their book, Persecuted: The Global Assault on Christians.

Along with dozens of heart-wrenching stories, the authors report the following:

Certainly, other religious observers experience persecution, but nothing compares with what is taking place around the world in lands hostile to Christianity.

Nov. 3 is the International Day of Prayer for the Persecuted Church. Faith McDonnell of the Institute on Religion and Democracy has developed some “Aids to Intercession” for churches. They include:

Dietrich Bonhoeffer, the German pastor executed in a Nazi concentration camp, once remarked, “Christianity stands or falls with its revolutionary protest against violence, arbitrariness and pride of power and with its plea for the weak. Christians are doing too little to make these points clear rather than too much.”

He continued, “Christendom adjusts itself far too easily to the worship of power. Christians should give more offense, shock the world far more, than they are doing now. Christians should take a stronger stand in favor of the weak rather than considering first the possible right of the strong.”