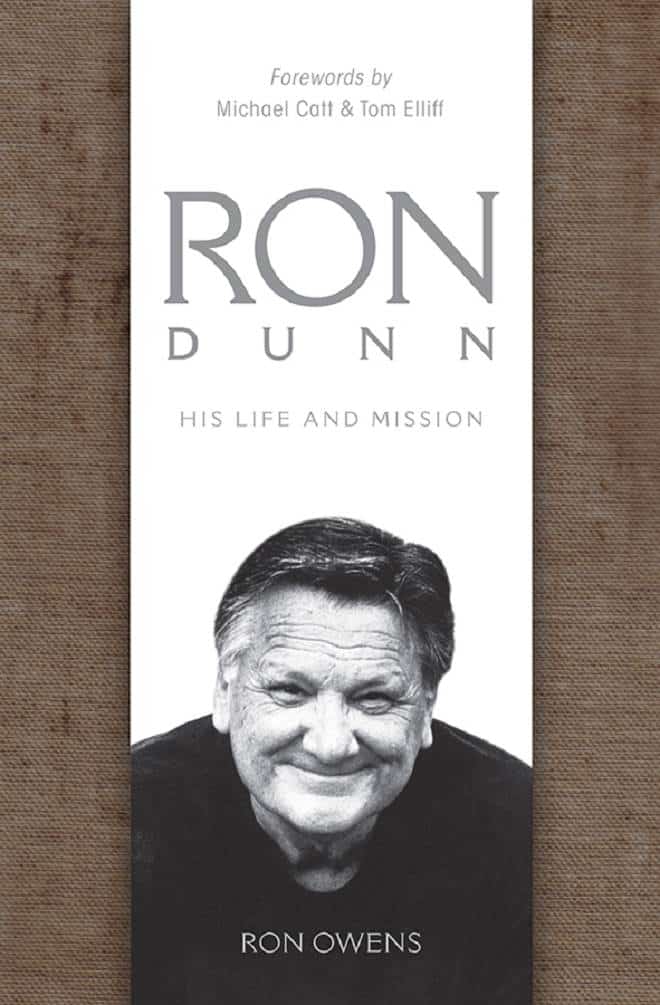 NASHVILLE — Suffering and crises of faith were no strangers to the life and ministry of itinerate Bible teacher and author Ron Dunn.

Despite Dunn’s life being marked with personal pain and loss, including his life being cut short by pulmonary fibrosis at the age of 64, his influence continues to echo through countless pastors and church leaders.

Ron Dunn: His Life and Mission, a new biography by Ron Owens from B&H Publishing, captures the story of a man who became an inspiration and mentor to many of today’s Christian leaders.

Owens’ biography details Dunn’s significant successes early in his ministry, and maintains those times were vital to what was to come later. “What God did in his heart in those days, unknown to him at the moment, was preparation for testings and opportunities ahead that many of us would not choose,” said Owens.

In 1975, he resigned a successful pastorate at MacArthur Boulevard Baptist Church in Irving, Texas, to devote time to teaching and writing and spoke at conferences around the globe.

Less than three months after beginning his new ministry, he and his wife, Kaye, lost their oldest son Ron Jr. to suicide, which plunged Dunn into a 10-year bout with clinical depression. Later she endured lymphoma, and their daughter Kim developed complications from a car accident that led to the partial amputation of her leg.

“Ron was a man of keen intellect, and he loved the study of the Scriptures,” said Owens. “He was never content with a superficial grasp of a passage, but took the time to think, research and pray much over it.”

His first book, Any Christian Can, was published in 1976. He went on to write six books including Will God Heal Me? and Faith Crisis, both of which are being re-released by B&H to coincide with the new biography.

Dunn’s trials demonstrated that his faith was foundational for him and educational for others.

“He preached out of his pain,” said former LifeWay President Jimmy Draper, “and that was an incredible ministry.”

For Kaye, that goal comes across in the biography, stating she believes Owens “beautifully and prayerfully captured the essence of Ron’s life and ministry on paper. You will get to know the real Ron Dunn through reading this book.”