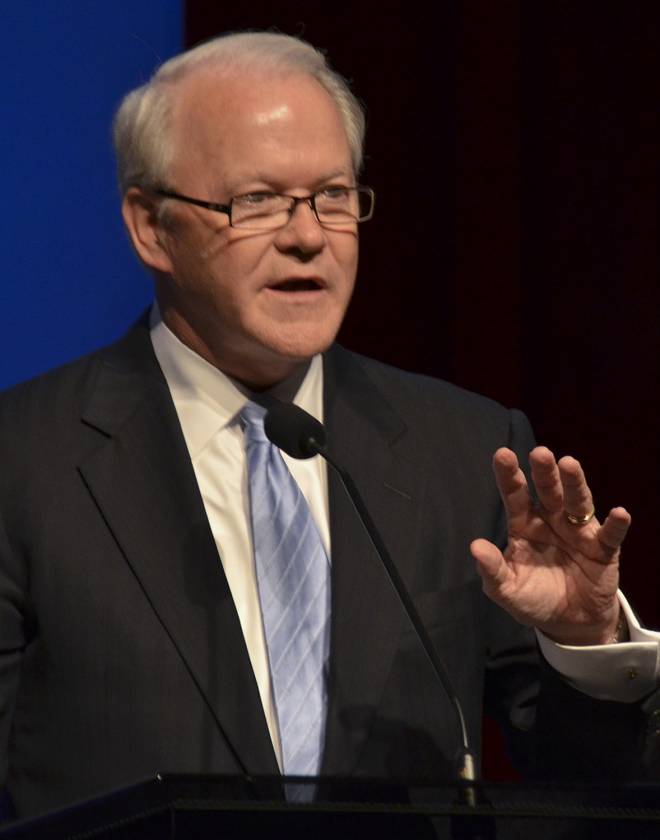 NASHVILLE (BP) – Less than three weeks after the Boy Scouts voted to permit openly homosexual youth as members, a messenger to the Southern Baptist Convention (SBC) moved that an alternative organization be sought.

The motion during the June 11-12 SBC annual meeting called for a special task force to explore “any available youth programs as well the possibility of offering a substitute program for those desiring to find an avenue for their boys to learn leadership skills and moral standards once offered by the Boy Scouts of America, seeing they have lost their way and lost their moral compass, the Bible.”

The SBC Executive Committee, however, declined to recommend creation of a task force to review or create a boys civic organization during its Sept. 16-17 meeting in Nashville.

The Executive Committee declined to recommend the creation of the task force sought by messenger Harold M. Phillips of Maryland, “believing it is not in the purview of the Southern Baptist Convention to create an alternative civic organization for boys or to have a task force expressly or tacitly endorse one scouting alternative over another.”

The EC response to the motion will be reported to the 2014 SBC annual meeting in Baltimore.

Supplementary materials provided to Executive Committee members recounted the existence of two longstanding Southern Baptist-based programs – Royal Ambassadors for boys in grades 1-6 and Challengers for young men in grades 7-12, both sponsored by the SBC auxiliary Woman’s Missionary Union. Both RAs and Challengers primarily focus on missions education and involvement but also entail the development of Christ-like character and have elements of outdoor recreation.

The Boy Scouts, at a national meeting May 23, opened their membership ranks to openly homosexual youth. In response, an independent organization called Trail Life USA rooted in Christian teachings is in its fledgling stages.

Frank Page, president of the Executive Committee, reported to committee members on initiatives for continued strengthening of the Cooperative Program and ethnic involvement in the SBC.

Page said a “Great Commission Advance” is being developed by a group of SBC entity and state convention representatives “to promote Southern Baptist missions and ministries through the Cooperative Program.”

The Great Commission Advance will set forth strategies to “develop better and more innovative ways to share the message of cooperative missions,” Page said.

“So pray for that group of people – pastors, executives, national and state entity-level persons – as we … work hard in sharing that great message.” Page said. “We want the Great Commission of our Lord Jesus advanced.”

The Great Commission Advance, to be launched at next year’s SBC annual meeting in Baltimore, will move forward from the “1% Challenge” led by Page the last two years asking churches to increase by 1 percentage point their allocation to the Cooperative Program, which undergirds missions and ministries by state Baptist conventions and by the Southern Baptist Convention nationally and internationally.

In ethnic involvement in the SBC, Page said, “We’re encouraging these churches into deeper involvement in our convention work at every level. We thank God for that which has happened but we believe we have a long ways to go.”

An Asian American Advisory Council has held its first meeting, Page continued, and a fourth advisory council will begin this year involving representatives of 28 other ethnic fellowships in the SBC.

The ethnic councils “are helping us understand better the needs of our brothers and sisters, that we might be more sensitive and we might encourage them into deeper involvement,” Page said.

Page asked for prayer for his travels as “the CEO – the chief encouraging officer of the convention – to encourage our brothers and sisters in the work of the Lord. I do that everywhere I can.”

Through Thanksgiving, Page said he will be attending 32 meetings in 20-plus states.

“It’s going to be very intense, but it’s a great opportunity to touch many, many people with a word of encouragement,” Page said.

In other business, the Executive Committee:

• addressed a motion from the Houston annual meeting for the SBC to withdraw fellowship from Lake Shore Baptist Church in Waco, Texas. The EC voted to report at the 2014 annual meeting that Lake Shore formally voted to sever its relationship with the SBC on Dec. 4, 2000, and has never rescinded that vote. The Houston motion was based on Lake Shore’s support of Planned Parenthood.

• responded to a referral from the Houston annual meeting that the SBC begin displaying on its website the names of all SBC-elected trustees, noting that the practice is already in place.

“In the same format, they are printed in the SBC Annual containing the same information presented to the messengers of the SBC annual meeting at the time of [the trustees] initial election,” said Easley, pastor of Roswell Street Baptist Church, Marietta, Ga.

Also during the meeting, Thom Rainer, president of LifeWay Christian Resources, presented checks to the Executive Committee totaling nearly $608,000 designated for the SBC’s two mission boards. The funds were mission offerings given this summer by more than 100,000 participants in LifeWay’s Fuge, CentriKids and World Changers ministries.