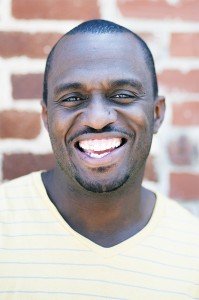 Matt Kearns, leadership development team leader at the convention, hopes that the “CORE” conference will “inspire, challenge and encourage” Missouri Southern Baptists for “the glory of God and the growth of the Kingdom.”

Robert Coleman, he said, is a “leading voice and role model” for the Missouri Baptist Convention’s three “CORE” values of discipleship, missional living, and leadership development.

Coleman serves as distinguished professor of evangelism and discipleship at Gordon-Conwell Theological Seminary. He has equipped many to share the Gospel and make disciples, especially through such books as The Master Plan of Evangelism and The Master Plan of Discipleship. In the first book, Coleman not only provides a biblical pattern for evangelism, but he also urges Christians to build disciple-makers, who will devote themselves to a life centered around Christ and his Great Commission. In fact, Kearns said, this book essentially calls readers to act out the MBC’s “CORE” values.

“Note,” Coleman writes, “it is not enough to rescue the perishing, though this is imperative; nor is it sufficient to build up newborn babes in the faith of Christ, although this too is necessary if the firstfruit is to endure; in fact, it is not sufficient just to get them out winning souls, as commendable as this work may be. What really counts in the ultimate perpetuation of our work is the faithfulness with which our converts go out and make leaders out of their converts, not simply followers.”

“Our work is never finished,” he adds, “until it has assured its continuation in the lives of those redeemed by the Evangel.”

Coleman has written 24 books and numerous articles, and he is a founding member of the Lausanne Committee of World Evangelization and past president of the Academy for Evangelism in Theological Education. Additionally, he serves in various roles for Mission America and several international mission boards.

As founding pastor of Blueprint Church in Atlanta, Ga., Dhati Lewis has become a leader in urban ministry. In 2011, Lewis launched the Rebuild Network, rebuildnetwork.org, in order to foster church plants in urban contexts. He currently serves as president of the Rebuild Inititiative.

A California native, Lewis earned his bachelor’s degree at the University of North Texas and his Master of Arts in Cross Cultural Ministries at Dallas Theology Seminary. During this time, he served on staff at Denton Bible Church and founded Plumbline, a college ministry on various campuses in the Dallas-Fort Worth metroplex. He also planted and pastored a church for three years in Texas, after which he led a group of believers from Texas to Georgia to establish Blueprint Church.

Lewis and his wife, Angie, have six children.

In the aftermath of the reversal of Roe v. Wade, the Missouri Baptist Children’s Home is standing