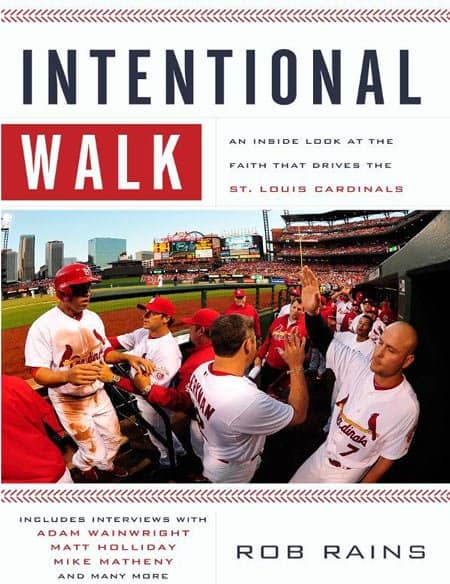 Rains said the original idea for the book was to chronicle the 2012 season, Matheny’s first as manager, as he walked into almost unprecedented territory in baseball history. Matheny was taking over a World Series champion from a future Hall of Fame manager (Tony La Russa) with a three-time MVP who had left as a free agent (Albert Pujols). In addition, Matheny had never managed a game other than his kids’ youth leagues.

“The more the idea developed, however, it seemed that to focus entirely on Mike would be to miss a chance to tell the stories of numerous Christians on the team,” Rains said.

So he changed the concept, using 2012 as a backdrop to the testimonies and stories of several Christians on and associated with the team.

“This is a part of the success of the Cardinals organization that no one really sees but I do think plays a role in why this team has won so often in the past,” Rains said. “These players realize how lucky and fortunate they are to play for the Cardinals and to play Major League Baseball in general, but they also realize how lucky they are to have such a strong faith in God.

“Each of these players has an individual story, the unique path that led them to God, and I think that is one of the strengths of the book,” he continued. “It was interesting to me to learn those stories, and hopefully it will interest the readers as well.”