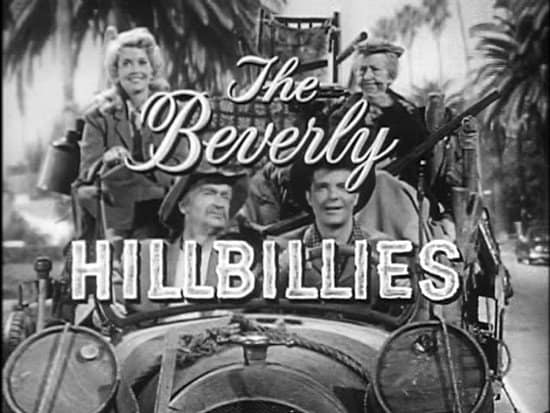 ST. LOUIS – Donna Douglas knows Elly May Clampett opened doors in her life, but also knows God guided her to that door.

“My heart today is to speak to churches and youth and share what God has done in my life,” Douglas said.

Douglas “was born to poor folks. Mom was Catholic and my Daddy was Baptist. At 2 1/2 I was dying (likely pneumonia). My Mom asked the priest to baptize me. When I talk to protestants, I say ‘don’t worry. I got sprinkled, but since then I got dunked three times, the last one in the Jordan River,” she chuckled.

“I was raised a tomboy, the only girl in the family. We made creative games and I could whistle through my teeth and swing through the vines. I was getting ready for Jethro (her Beverly Hillbillies cousin) before I ever met him.”

“Never be ashamed of your past. It tells you where you are today,” she said. “It’s amazing what God can do with your life if you give Him a willing heart. Prov. 3:5-6 says it for me.”

Her autographs use that Scripture. Other passages pepper her public talks.

She admits getting married too young.

Soon she was left alone with a child. She took odd jobs, including some modeling as responsibility sank in. She talked to Jesus, but knew little outside of parables at that age.

The Baton Rouge, La., native had never traveled farther than Shreveport, 250 miles to the north, but went to New York to raise money for her child she left with her folks. She let God care for her in the otherwise frightening city.

“I didn’t know what I could do. I couldn’t act, or sing or dance. I made a commitment to God to hold onto His Word. God said I could smile.”

That smile landed a few commercials and photo shoots “so Mom and them could see me back home.” She rejected offers with unholy strings attached.

Learning of an ‘elbow grabber’ role (a la Vanna White of Wheel of Fortune), she went to an open call. A friendly man asked if she would publicly parade in a swimsuit (answer: no) or dine with a sponsor. She asked if the sponsor was married, and with a vague answer, she walked out. However, she got the job. The show sought a woman with integrity.

“Character is on the inside. Reputation is what others see. That’s why my testimony works good for young people. God is making a way for me,” Douglas said.

Opportunities opened as she stayed faithful to God.

“I was picked ‘Miss Byline’ by the New York Mirror. They held a ball in my honor. Then I was introduced on the Ed Sullivan show. I never thought I’d do that.”

Two weeks into an acting class, a connection got her a Hollywood screen test. Here, she met three influential, mentoring godly women. She signed a movie contract, and got the lead, but turned it down for a lesser role.

“I knew I couldn’t handle a movie lead,” Douglas said.

She wanted a family acting role when the Beverly Hills casting call came. Some 500 girls auditioned; six got screen tests.

After auditioning, her car was rammed by an actor. During 17 hospital days she prayed she’d still get the part. In a three-day window of opportunity to test for it, Douglas was asked if she could milk a goat at the side of the stage.

“I had never milked a goat, but I had milked a cow. I said ‘sure I can milk that.’ Elly and me didn’t get to kiss a lot of fellows, but we did kiss a lot of critters.”

“I prayed to get a family show, something worthwhile. God made the way, he made the crooked places straight. If I took all the offers with strings, I would not have had a career. All the stuff I gave up, God gave me in the right way,” she said.

Beverly Hillbillies became number one in week two, and was in the top three shows five years. It ran nine years. Douglas credits the show’s success to old-fashioned values.

“There wasn’t any cleavage, no buns, no belly button. The Beverly Hillbillies was the American dream. We portrayed morals and respect and cared for other people,” she said.

Douglas sang country and gospel in the years after Hillbillies and makes personal appearances.

“I tell young people to make a list and put God at the top. Now, I understand God’s way. It’s my time to give back. God has so blessed me.”