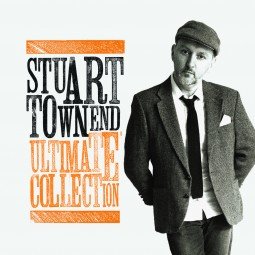 NASHVILLE (BP) – The centrality of the doctrine of substitutionary atonement is being emphasized by Southern Baptist leaders after a state newspaper editor wrote that he does not sing certain words of a popular hymn due to its mention of God’s wrath.

Substitutionary atonement refers to the belief that Jesus died in the place of sinners, taking on Himself the wrath of God that they deserved.

Former Word & Way Editor Bob Terry, now editor of The Alabama Baptist, in an Aug. 8 editorial, paralleled the angst expressed by a Presbyterian Church USA hymnal committee in rejecting the song “In Christ Alone” because of the line “Till on that cross as Jesus died/The wrath of God was satisfied.”

“Some popular theologies do hold that Jesus’ suffering appeased God’s wrath,” Terry wrote. “That is not how I understand the Bible and that is why I do not sing the phrase ‘the wrath of God was satisfied’ even though I love the song ‘In Christ Alone.’”

Terry’s editorial prompted numerous reactions on Twitter from concerned Southern Baptist leaders, including Daniel Akin, Hershael York, Chad Brand and Jason Duesing, as well as an official statement from Rick Lance, executive director of the Alabama Baptist State Board of Missions, and a clarification by Terry.

A clarification by Terry was issued to the media Aug. 12 in which he wrote that some of the controversy could relate to “different meanings of the word ‘wrath.’”

In his editorial, Terry wrote that the Bible “speaks clearly about the wrath of God and warns that it is a fearful thing to fall into the hands of an angry God.”

“Yet there remains a question about whether God was an angry God at Golgotha whose wrath had to be appeased by the suffering of the innocent Jesus,” Terry wrote. “Sometimes Christians carelessly make God out to be some kind of ogre whose angry wrath overflowed until the innocent Jesus suffered enough to calm Him down.”

Terry concluded, “God is not the enemy. He is our seeking Friend (Luke 15). That is why I prefer to focus on His love evidenced at Calvary rather than on His wrath.”

In a clarification posted above the original column, Terry said the editorial was not about atonement but “about what has been called ‘the mindset of God’ at Calvary. Some emphasize God as angry and vengeful. To me this does not properly recognize God’s love expressed in the incarnation. …”

Lance, along with Alabama State Board of Missions President John Killian, released a statement Aug. 9 in response to the editorial, noting, “We share the expressed concerns of many who have disagreed with the article.”

Lance and Killian, pastor of Maytown Baptist Church, affirmed the lyrics of the hymn In Christ Alone and wrote, “As Alabama Baptists seek to be true to Scripture, we affirm the essential and historic Christian doctrine of substitutionary atonement.” They offered their prayer support to Terry and the newspaper’s staff “and we call on all who have expressed concern to pray as well.”

Akin, president of Southeastern Baptist Theological Seminary, tweeted a link to Terry’s column Aug. 8, adding, “Baptist[s] should be embarrassed by this!” In a subsequent tweet, Akin indicated that Terry was saying Jesus didn’t satisfy the wrath of God “after misrepresenting what is meant.”

“To deny the wrath of God was poured out on Jesus at the cross reveals a basic misunderstanding of God’s holiness/love and sin’s gravity/cost,” Akin tweeted.

R. Albert Mohler Jr., president of Southern Baptist Theological Seminary, wrote in a blog post Aug. 12 that “the substitutionary nature of Christ’s death on the cross was a major issue in the Conservative Resurgence” within the Southern Baptist Convention in the last quarter of the 20th century.

“In its earliest phase, modern theological liberalism developed an antipathy to the substitutionary nature of the atonement,” Mohler wrote at albertmohler.com.

The Bible, in both the Old and New Testaments, Patterson said in the 1987 debate, reveals an atonement model that is central and essential, and that model was both penal and substitutionary.

“Looking at the debate, now more than a quarter century behind us, it appears that the main issue was the centrality of substitution and the fact, as Patterson rightly insisted, that all other understandings of the cross in the Bible are themselves dependent on penal substitution,” Mohler wrote.