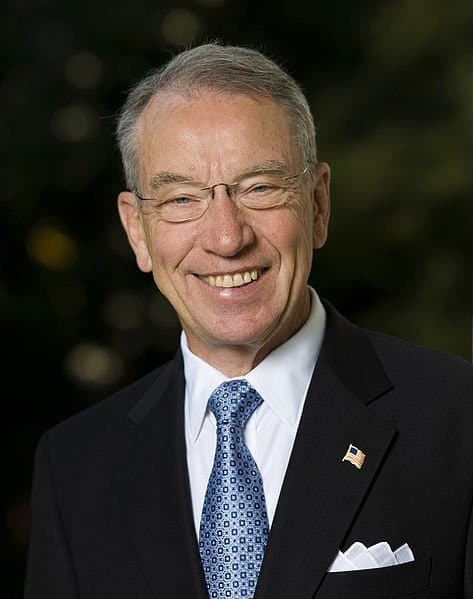 WASHINGTON (BP) – Preachers should be free from Internal Revenue Service (IRS) scrutiny even when speaking about political candidates, a 14-member commission has recommended in a report released Aug. 14.

The commission, created by the Evangelical Council for Financial Accountability at the request of Sen. Charles Grassley, R.-Iowa, proposed a number of tax-related recommendations to Congress and the Treasury Department in its 60-page report.

The Commission on Accountability and Policy for Religious Organizations stated that its members and 66 others who served on three panels created by the commission had “much accord” that “a member of the clergy should be permitted to say whatever he or she believes is appropriate in the context of a religious worship service without fear of government reprisal, even when such communications include content related to political candidates.”

The commission added that “comparable latitude should exist for secular nonprofit organizations.”

The “communications” noted by the commission should be within “the ordinary course of a 501(c)(3) organization’s regular and customary religious, charitable, educational, scientific, or other [tax-]exempt-purpose activities … so long as such communications do not involve the disbursement of tax-deductible funds.”

Expenditure of tax-exempt donations by religious and other 501(c)(3) organizations for political campaign activities “would likely have a deleterious impact on the effectiveness and credibility of the nonprofit sector,” the commission stated, noting “broad agreement” by its members and those on its panels.

Grassley was briefed July 11 on the upcoming report, a spokesperson for his office told Baptist Press Aug. 14, and the senator is “weighing next steps.”

William Townes Jr., the Southern Baptist Convention (SBC) Executive Committee’s vice president for convention finance, is among the commission’s 14 members, along with Richard Hammar, a tax expert who prepares a yearly tax guide for GuideStone Financial Resources of the SBC. The commission is chaired by Michael Batts, a CPA who is a former chairman of the Evangelical Council for Financial Accountability (ECFA). Stephen Douglass, president of Campus Crusade for Christ (Cru), is among others on the commission.

Derek Gaubatz, general counsel for the SBC’s International Mission Board, is on the commission’s 14-member Panel of Legal Experts, along with Mathew D. Staver, dean of Liberty University’s law school and founder of Liberty Counsel, and David Gibbs Jr., founder and president of the Christian Law Association.

It is “both disturbing and chilling,” Batts, the commission’s chairman, noted in a three-page introduction to the report, “that the federal government regulates the speech of religious organizations and other organizations dedicated to improving the lives of people.” The prohibition against nonprofits’ support or opposition to political candidates is “the only law of its type on the books … that allows the Internal Revenue Service to evaluate the content of a sermon delivered by a member of the clergy,” Batts wrote, and “the only law that could cause a church to lose its federal tax exemption based on the words spoken by its leaders in a worship service.”

Federal officials “know instinctively that the law, as currently interpreted and applied, is problematic – which is why the law is largely unenforced in some respects and inconsistently enforced in others,” Batt wrote.

The practical effect of the law’s vagueness, he noted, “is to chill free speech – often in the context of exercising religion.”

“Many 501(c)(3) organizations engage regularly in communications that the IRS says are prohibited, and there are no consequences,” Batts wrote. “Yet, the IRS does enforce the law on occasion, in a variety of ways, giving rise to understandable claims of selective or inconsistent application of the law.”

Russell D. Moore, president of the SBC Ethics & Religious Liberty Commission, in comments to Baptist Press about the commission’s report, said, “While I don’t think a church normally should endorse candidates for office from the pulpit, that’s only because I believe the mission of the church ought to stand prophetically distant from political horsetrading.

“That’s a matter of gospel prudence, though, not a matter of legal right and wrong,” Moore said. “A congregation should decide when to speak and what to say. Such decisions shouldn’t be dictated by bureaucrats at the IRS or anywhere else. The commission is right that the chilling of the speech of churches is easily abused by politicians. That’s why I support the freedom of speech for churches and pastors, even when they say more or less than what I would say from the pulpit.”

The ban on tax-exempt organizations’ political involvement was adopted as an amendment to the Revenue Act of 1954 by then-Sen. Lyndon B. Johnson of Texas, who became vice president under President John F. Kennedy and assumed the presidency upon Kennedy’s assassination.

“Without discussion or debate, the so-called ‘Johnson Amendment’ was quickly passed on a voice vote,” the commission recounted in a two-page history section of its report. “… [T]here is no express public policy purpose in the dearth of legislative history surrounding the 1954 Johnson Amendment.”

The Commission on Accountability and Policy for Religious Organizations was created in early 2011 and, in its first report, addressed concerns raised by Sen. Grassley about financial accountability in the religious and broader nonprofit sector. Grassley’s initial accountability concerns involved the financial records of six television ministries, most of which had ties to what is known as the “health and wealth gospel” and had come under scrutiny for using donor money to live luxurious lifestyles.