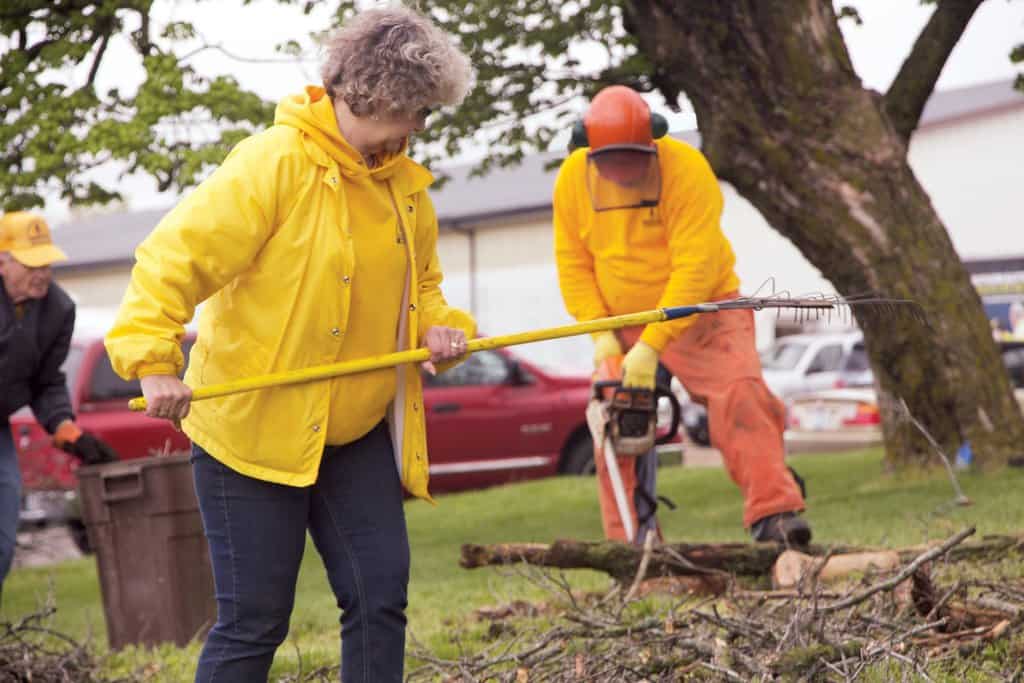 WAYNESVILLE – Seven inches of rain poured on a 10-square-mile area of Pulaski County in a single, two-hour period Aug. 5. Add that to the other 15 inches of rain that fell over the previous two weeks, and the resulting flash floods led to a mud-out response from Missouri Baptist Disaster Relief (DR) and ongoing hard work by local churches.

“Everything was saturated,” said Dwain Carter, Missouri Baptist Convention (MBC) director of DR. “And then it was like taking a five-gallon bucket and dumping it on your head for two straight hours.”

The sudden floodwaters claimed more than 150 homes and business that ran along a small creek and the Roubidoux River. A woman and her four-year-old son also lost their lives.

The Pulaski County sheriff’s office called on MBC DR the next day and Carter brought with him six mud-out teams from Missouri, two from Illinois, two from Tennessee, two from Texas and one from Arkansas. They assessed 109 properties and completed 87 mud-out jobs over three weeks.

Mud-out is heavy work, but it’s also very expensive work. The chemical MBC DR teams use to disinfect flooded property – Shockwave – tops $80 per gallon. Carter said DR always welcomes donations, because even a small-scale response such as this one will cost upwards of $15,000 and Disaster Relief gets zero Cooperative Program funding.

Carter urged Missouri Baptists to get trained. The next MBC DR training event is Oct. 18-19 at First Baptist, Dexter. To register online, go to www.mobaptist.org/DR.

Summer has flown by quickly and kids are preparing to head