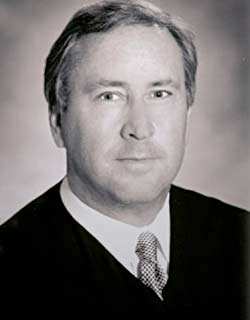 UNION – The American Civil Liberties Union (ACLU) has abandoned their legal challenge to invocations offered before meetings of the Franklin County Commission. The lawsuit was dismissed on July 19th in the U.S. District Court of Eastern Missouri.

The ACLU had taken the Franklin County Commission to court last year, alleging that prayers offered before meetings of the county’s governing body amounted to an establishment of religion. Lawyers for the ACLU filed the suit after the County Commission refused their demand to cease the practice of offering invocations.

The ACLU had written a formal letter to the County Commission with an ultimatum. Put an end to invocations altogether, or failing to do so, limit the practice to “non-sectarian” prayers. The goal of the ACLU, in keeping with their anti-Christian legacy, was to quash any prayers offered in the name of Jesus Christ.

The suit was filed on behalf of an anonymous Franklin County citizen named Jane Doe, who said that she was offended by the content of the Commission’s prayers. The ACLU decided to drop the lawsuit when U.S. District Judge Stephen Limbaugh ruled that the County Commissioners had the legal right to face their accuser, and that “Jane Doe” could not remain anonymous.

Judge Limbaugh ruled that it was not possible for the plaintiff to conceal her identity, since the defendants would be unable to engage in discovery with an invisible party. “Jane Doe” had maintained that her anonymity was necessary to prevent harassment and ridicule from others in the community.

“Plaintiff’s concerns do not overcome the constitutionally-embedded presumption of openness in judicial proceedings,” Limbaugh wrote. “Plaintiff has availed herself of the court system and in doing so, she has invited public scrutiny of her claims … A hostile public reaction and the prospect of embarrassment are insufficient to justify proceeding anonymously.”

Under that policy, developed with the assistance of the Alliance Defending Freedom, invitations to offer invocations would be extended to ministers from various denominations throughout Franklin County to offer the prayers on a rotating basis. Invocations would be offered before the official start of the meeting, and those in attendance would be advised that they were under no obligation to participate.

While the ACLU chose to suspend their prospective legal challenge, they had maintained the portion of their lawsuit challenging the prior invocation practice of the County Commission. Under that procedure, Presiding Commissioner John Griesheimer offered the invocations himself. The ACLU contended that the official presentation of prayer by an elected official constituted an unconstitutional entanglement of government with religion. Now that the entire lawsuit has been dismissed, the claim of unconstitutional behavior against Griesheimer is moot.

The invocation policy currently being followed by the Franklin County Commission is consistent with religious free exercise provisions of Missouri’s Constitution. Under language approved by Missouri voters last August in Amendment 2, the Missouri Legislature and local government bodies “may extend to ministers, clergypersons, and other individuals the privilege to offer invocations or other prayers” at their meetings or sessions.

The religious liberty language endorsed by Missouri voters also prohibits discrimination against religious speech. It guarantees that “elected officials …shall have the right to pray on government premises and public property so long as such prayer abides within the same parameters placed upon any other free speech under similar circumstances.”

The ACLU knew that they were facing very formidable legal headwinds had they continued to pursue their lawsuit. Federal courts have long validated the practice of governmental invocations. In the landmark 1983 case of Marsh v. Chambers, the U.S. Supreme Court ruled that such prayers were not a governmental establishment of religion so long as such prayers were not used to “proselytize” or denigrate other religious beliefs.

In recent years, atheist legal advocates have contended that invocations are only permissible when they are “non-sectarian,” with their target the removal of any references to Christianity. Yet most federal appeals courts have ruled that “sectarian” prayers are constitutionally permissible. They have reaffirmed the precedent established in Marsh v. Chambers that it is not the business of the government to prescribe or regulate the content of prayers offered in public settings.

The Supreme Court will soon be hearing its first major case on the issue of invocations since the Marsh decision. The case comes from the town of Greece, New York, where the 2nd U.S. Circuit Court of Appeals ruled that the town’s invocation policy resulted in an unconstitutional “affiliation” with Christianity. We will report more on this and other developments on the religious free exercise front in coming weeks.

Ministers all across Missouri who have graced public meetings would have been muzzled as a result of a contorted interpretation of the First Amendment to the U.S. Constitution.

We once again commend and now congratulate Commissioner Griesheimer and his colleagues for standing up to the intimidation tactics of the ACLU. The decision of the Franklin County Commission to defend the right to pray in federal court is a huge victory for religious liberty in Missouri.

Had the ACLU succeeded in silencing public prayer in Franklin County, they assuredly would have gone after every county commission, city council, and board of aldermen in the state, demanding that they abolish the use of invocations to solemnize government proceedings. Ministers all across Missouri who have graced public meetings would have been muzzled as a result of a contorted interpretation of the First Amendment to the U.S. Constitution.

Such an outcome would have stood in stark contradiction to the overwhelming sentiment of Missourians on this subject. Amendment 2 was approved last August by Missouri voters by a thundering majority of 83 to 17 percent. Alliance Defending Freedom attorney Brett Harvey and local attorney