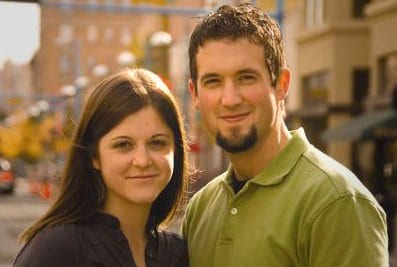 In a concurring opinion, Justice Richard C. Bosson said Christians must “compromise” their religious beliefs as “the price of citizenship.”

SANTA FE, NM, August 22, 2013 (LifeSiteNews.com) – The Supreme Court of New Mexico has ruled that Christian photographers do not have the right to decline photographing a gay “wedding,” even if doing so violates their religious beliefs.

In a concurring opinion, Justice Richard C. Bosson said Christians must “compromise” their religious beliefs as “the price of citizenship. The high court ruled that Elaine Huguenin and her husband, Jon, violated a lesbian couple’s human rights by refusing to photograph their “commitment ceremony.”

When their business, Elane Photography, “refused to photograph a same-sex commitment ceremony, it violated the NMHRA [New Mexico Human Rights Act] in the same way as if it had refused to photograph a wedding between people of different races,” the majority opinion states. The NMHRA, justices noted, protects discrimination “against protected classes of people.”

The case began in 2006, when Vanessa Willock approached the Albuquerque-based business to take pictures of her ceremony with girlfriend Misti Collinsworth and was politely declined. She found another photographer for the event but pursued legal action anyway. After verifying that Elane Photography would take photos of a heterosexual wedding, the couple immediately hauled the Huguenins before the New Mexico

In 2008, the commission ordered them to pay $6,637.94 in attorney’s fees. After a legal challenge, an appeals court upheld the fine. The family got legal assistance from the Alliance Defending Freedom and appealed the case to the state Supreme Court.

The Huguenins argued they did not discriminate against homosexuals but “did not want to convey through [Huguenin]’s pictures the story of an event celebrating an understanding of marriage that conflicts with [the owners’] beliefs.”

They added that they “would have declined the request even if the ceremony was part of a movie and the actors playing the same-sex couple were heterosexual.” They also said they would not photograph homosexual actions in any way.

The justices ruled, however, there was no distinction between homosexual acts and homosexual people. As long as the business does wedding photos, it must photograph any such ceremony, they said, although New Mexico does not allow same-sex “marriages.”

Justices added that Christian business owners could avoid legal trouble only by refusing to photograph weddings altogether. “The NMHRA does not mandate that Elane Photography choose to take wedding pictures,” they wrote, “that is the exclusive choice of Elane Photography.”

Their ruling flies in the face of the opinion of the overwhelming majority of Americans. A recent Rasmussen poll found that 85 percent of Americans believe business owners should be able to opt out of participating in a homosexual “marriage.”

The concurring opinion filed by Justice Bosson is receiving even greater attention than the main opinion. The Huguenins, he wrote, “are compelled by law to compromise the very religious beliefs that inspire their lives.” The ruling “will no doubt leave a tangible mark on the Huguenins and others of similar views.”

The homosexual discrimination case defines “what this nation is all about, its promise of fairness, liberty, equality of opportunity, and justice,” he said. “At its heart, this case teaches that at some point in our lives all of us must compromise, if only a little, to accommodate the contrasting values of others,” he wrote. “A multicultural, pluralistic society, one of our nation’s strengths, demands no less.”

The forced compromising of religious principles, he wrote, is “the glue that holds us together as a nation, the tolerance that lubricates the varied moving parts of us as a people.”

The Huguenins’ lawyer, ADF Senior Counself Jordan Lorence, called the ruling and its concurrence a “chilling and unprecedented attack on freedom.”

“Government-coerced expression is a feature of dictatorships that has no place in a free country,” he said

“Jim Crow is alive and well and living at the New Mexico Supreme Court, and Christian is the new black,” Bryan Fischer said on his AFR Talk program “Focal Point” this afternoon.

Ken Klukowski, director pf the Center for Religious Liberty at the Family Research Council, agreed the rulings were “profoundly disturbing” and discriminated against everyone who holds “traditional and orthodox Christian beliefs.”

He said the decision should draw Americans’ attention to “the serious threat to religious liberty posed by overbearing government agencies when it comes to redefining marriage. Rather than live-and-let-live, this is forcing religious Americans to violate the basic teachings of their faith, or lose their jobs.”

“This decision would stun the Framers of the U.S. Constitution [and] is a gross violation of the First