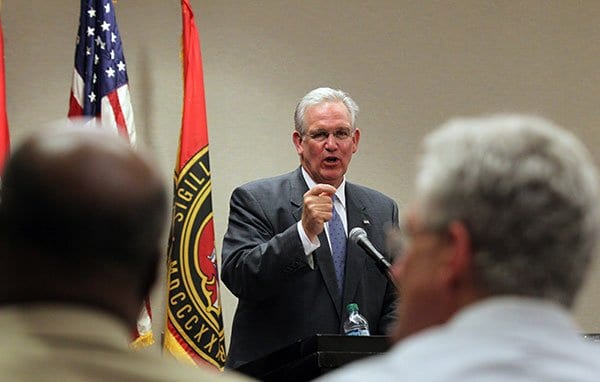 JEFFERSON CITY – The period of time Missouri parents have to give up their baby without criminal consequences has been extended from five to 45 days after birth. Passed by the Republican-controlled General Assembly earlier this year, Democrat Gov. Jay Nixon signed the state’s new Safe Haven Law July 22. The new law also expands the types of places the baby can be left. Under the old law, parents could drop the baby off only with police, fire departments, Emergency Medical Service locations or hospitals. The new law expands the locations to include Crisis Pregnancy Centers – to the delight of pro-family, pro-life groups.

“This is a likely place to go, this is the most common sense place for many young people to go,” Ron Ramey, chief operating officer of the Pregnancy Care Center in Springfield, told KSPR-TV news.

Since Missouri’s Safe Haven Law was enacted in 2002, parents have given up 36 children.

“This is another good law passed this year by state lawmakers,” said Don Hinkle, Pathway editor and director of public policy for the Missouri Baptist Convention. “We are grateful that the governor signed this compassionate law that encourages families to stay together while protecting babies created in the image of God. It will give parents more time to make the right decision and hopefully keep their baby, but if not, leave it with a pregnancy center where it will be safe.”

The Springfield Pregnancy Care Center’s average client age is 21, but they have seen girls as young as 12 and Ramey said his center has seen an alarmingly high number of 15-year-olds. He said 90 percent choose to parent their child rather than choosing adoption. n