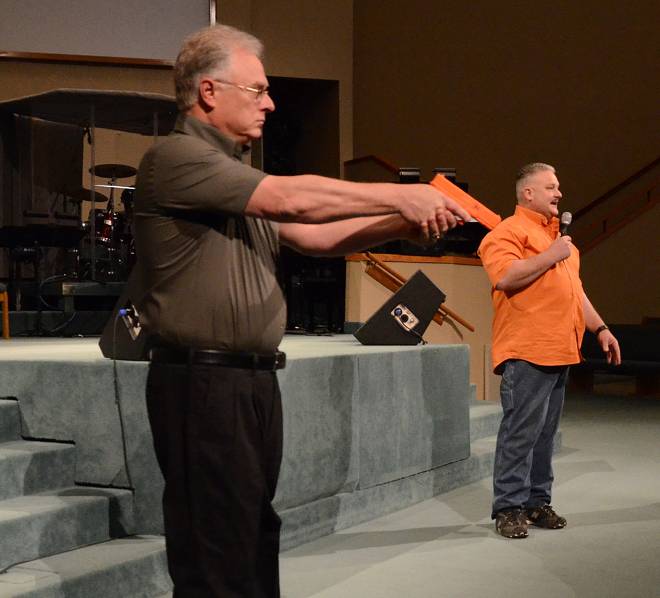 FORT WORTH, Texas (BP) – Churches have long been considered safe havens for worship but, with 433 people killed on church property since 1999, they have become more dangerous than schools.

Wedgwood Baptist Church in Fort Worth, Texas, knows such violence firsthand. A shooter entered a youth service in 1999, killed seven and wounded seven others.

Wedgewood hosted a “Sheepdog Seminar” this spring, providing training for 350 church representatives to prevent and respond to violent attacks. Seminar leaders referred to attendees as “sheepdogs” or protectors of their churches.

“I think there’s something that God’s people can do that we’re not doing,” Jimmy Meeks, seminar leader and a police veteran of more than 30 years, said of the need for church preparedness.

Lt. Col. Dave Grossman (retired), another speaker whose book “On Killing” was nominated for a Pulitzer Prize, said denial of the occurrence of violence is a major enemy of the church.

“The church has sat and done nothing while our kids are desensitized,” Grossman said, proffering that violent video games and movies are encouraging a generation of youth to use force against society’s most vulnerable.

Meeks encouraged churches to mobilize safety teams, training and licensing them to carry and use guns to the extent of the law. No church members should join solely for the purpose of hurting those who might seem to be “bad guys,” Meeks said.

“It’s not about how to hurt the shooter but to protect the sheep,” he noted.

The seminar was not limited to gun violence. Attorney Greg Love of MinistrySafe said churches need to be on their guard against sexual predators.

“It starts with understanding it’s even possible,” Love said. He advised churches to conduct thorough background checks, educate their members and encourage them to report problems, even if reputations are at stake.

“We expect and desire that kids be safer at our program than any other,” Love said of the church.

Churches also must rely on the power of God to fight against violence, Meeks said, encouraging prayer, fasting, wisdom, courage and love.