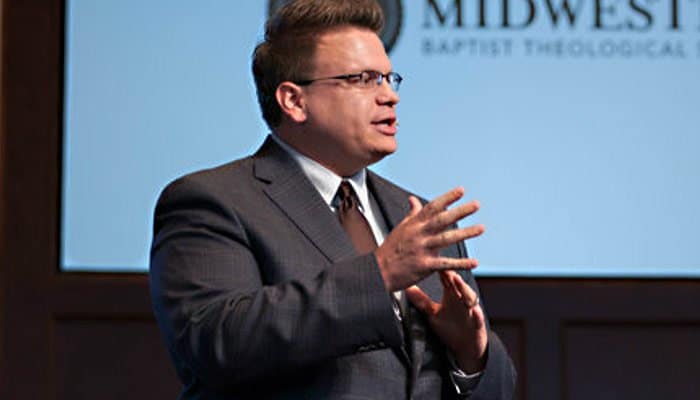 BOLIVAR – In 2009, Joshua and Tish Hedger moved to Bolivar to plant a church.

They were hired by Second Baptist Church of Springfield to do so. When Hedger asked the leadership of Second Baptist what they desired this church to look like, they gave one simple requirement: to be a church plant that plants churches.

Hedger and Freshwater have taken this seriously. In their first three-and-a-half years of existence Freshwater has planted or is in the process of planting 12 churches in Missouri, South Asia, and West Africa.

Freshwater’s planting journey began in March 2010 when they sent their first team to “M-City” in South Asia. M-City is the birth place of a major Hindu god and is considered a spiritual stronghold. God had different plans for this city though, Hedger said.

Through partnership with a man that Hedger simply calls “DL,” a church planting movement is beginning. Freshwater has sent around 10 teams there since 2010 to train and equip DL and others as pastors and church planters. DL and Freshwater have started seven churches in M-City that meet in homes, schools and in store-fronts. They worship together, study the Scripture together, pray together, and serve the community together. Between these seven churches there are about 250 members now with most of them being new converts. One member even spent his own money to make a baptism tank in his backyard so that the churches could baptize new believers without going into the river.

[slideshow id=7]
In November 2010 Freshwater began a partnership via the Missouri Baptist Convention (MBC) and the International Mission Board (IMB) in West Africa as an Engaging Church for a people group that Hedger calls the “SS.” In the engaging model, a local church commits to “being the missionary” for a people group.

When Freshwater began this partnership with an unreached and unengaged people group of 45,000 with no known believers, Hedger said they weren’t sure what God was up to or how long it would take. They were simply being obedient.

With the help of MBC Partnership Missions Specialist Rick Hedger and IMB missionaries (who will remain unnamed), Freshwater found themselves in a village with no followers of Jesus. They set up tents at the house of the religious teacher and began to build relationships. It did not take them long to realize God was up to something they couldn’t even begin to understand. There are now three house churches gathering weekly with 40 attenders and 20 followers of Jesus. Freshwater is training a handful of men there to be pastors with two of these men already leading the three house churches.

In both South Asia and West Africa, the pastors call their congregations “Freshwater Church.” Freshwater did not ask them to go by this name. They chose to themselves. Hedger points out that there is nothing special in the name, but that it allows these men and these churches to associate themselves with others around the world, thus reminding them that they are part of something bigger than just their congregations; they are part of the Kingdom.

Freshwater is also planting in Missouri. On Sept. 8 Freshwater will officially launch two new churches. One of them is in northwest Springfield. Freshwater had about 25 people driving to Bolivar for church from this area of Springfield.

“Why are they driving 35 minutes to this town? There must be a need in that corner of Springfield, one of Freshwater’s elders, JT Patton, told Hedger.

As Freshwater looked into it, they found that there was great need for a multi-socioeconomic church that would serve the city and advance the gospel in that corner of Springfield. Patton is being sent by Freshwater as the planting pastor of Freshwater Springfield. They have been meeting in LifeGroups in homes and once a month for worship in Hamlin Memorial Baptist Church. Hamlin was planted by Second Baptist church and is now letting another Second Baptist plant (Freshwater) meet in their building for free to help get started.

The second Freshwater plant in Missouri is in Jefferson City.

“There is a triangle of neighborhoods on the south side of the city with a population of 16,000 people and there are no evangelical churches in the area,” Hedger said.

In the fall 2012 they began a LifeGroup there and in January 2013 the group began meeting for worship on Wednesday nights at Calvary Lutheran School. Calvary is letting Freshwater meet in their building for free as a ministry to the new church. June 1 the planting pastor for Freshwater “JeffCity” began. Joshua Hartley, recently graduated from Midwestern Baptist Theological Seminary, felt a call of God to plant a church. When he heard that Freshwater was planting in his hometown of Jefferson City, he contacted Hedger. Through a series of conversations and interviews over about a six-month period, Freshwater hired Hartley to plant Freshwater JeffCity.

God is doing incredible things through Freshwater and Hedger is quick to point out that it has very little to do with what Freshwater has to offer.

“We have no money,” he said. “I mean no money. We have little resources. We have no experience. But we are being obedient and we are praying and God is opening doors.”