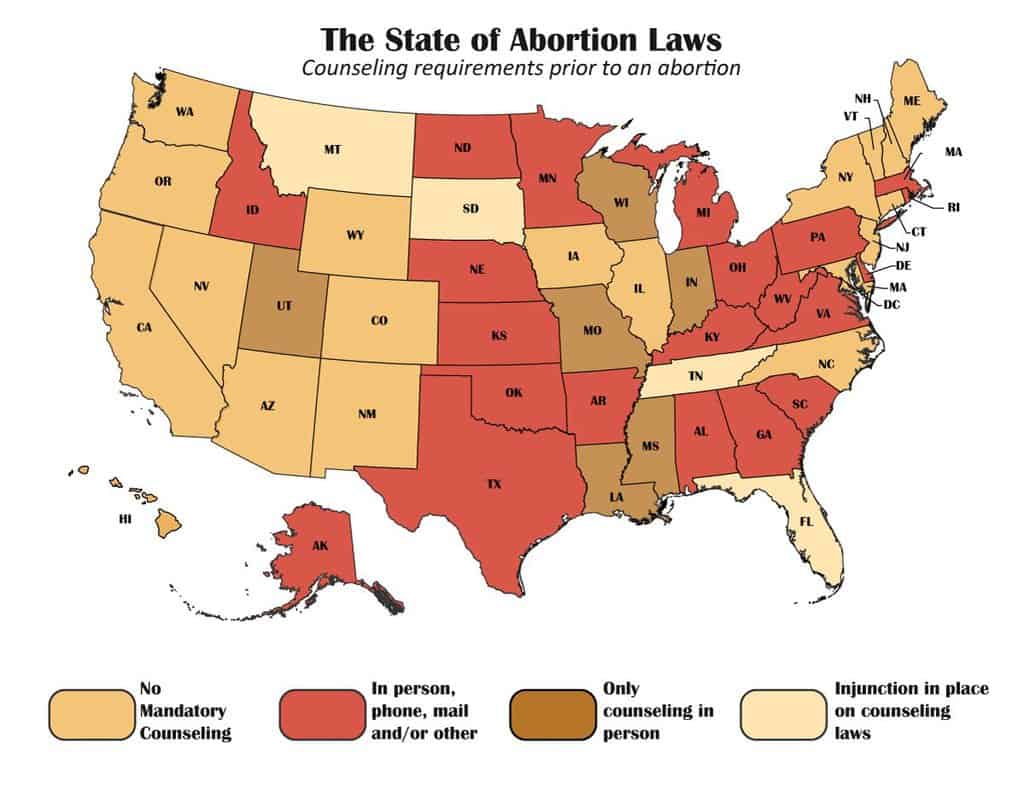 THE STATE OF ABORTION LAWS
Click image to enlarge

JEFFERSON CITY – Though they are the law of the land just to the north in Iowa, “telemedicine” abortions will not be coming to Missouri.

Gov. Jay Nixon chose to take no action on House Bill 400, which allows it to become law effective Aug. 28. without his signature. Sponsored by Rep. Jeanie Riddle, R-Mokane, and Sen. Wayne Wallingford, R-Cape Girardeau, it passed the Missouri House 115-39, and the Senate 23-7. Nixon, a Democrat, used the “no action” approach in 2010 and 2011 to allow other abortion restrictions to become law.

The law prevents abortion providers like Planned Parenthood from offering nonsurgical, drug-based abortions via video conferencing, a practice also known as telemedicine. Though drugs like RU-486 remain legal, they must be administered by a physician who is physically present with the mother, according to the new Missouri law. If remote video conferencing abortions were allowed to expand into Missouri, it would have made abortions more readily available, especially in rural areas.

“We are thankful the Missouri General Assembly passed this important veto-proof law that will save countless unborn lives while protecting the health of our precious mothers,” said Don Hinkle, Missouri Baptist Convention director of public policy and editor of The Pathway. “This once again demonstrates how important it is for Missouri Southern Baptists to be heard by our elected officials and how God will bless our faithfulness if we will act.”

“In effect, providing abortions via vending machines with no more than a phone or computer connection to an abortion provider is as calloused towards women as it can get,” Messer said Kerry Messer.

“As ambassadors of Christ, we need to be in prayer for all those involved or harmed by the abortion industry. However, we must also pro-actively work and stand for righteousness in our culture.”

According to the latest figures from the Centers for Disease Control and Prevention, there were 6,881 abortions performed in Missouri in 2009. n