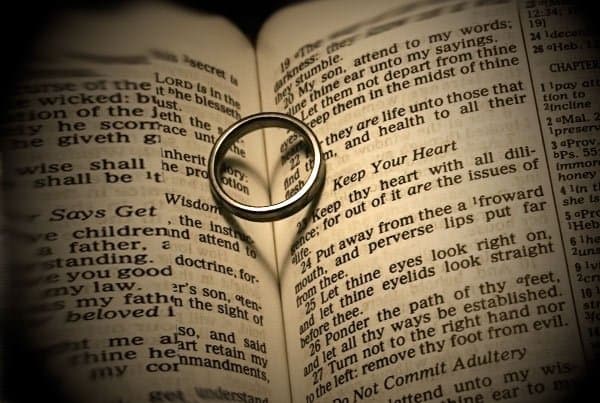 DIAMOND – Early, before the summer humidity takes hold, Noah Brown, 96, is out in his workshop tinkering with his latest project. His wife Thelma, 97, knows he needs the daily activity and besides, his piddling gets him out of the house for a little while so she can focus on her important task – whipping up something tasty for whichever grandkid or great-grandkid decides to stop by that day.

Their deteriorating eyesight might keep them from driving, but the Browns don’t mind. They love spending their days on their 160-acre farm, in the home they built together many years ago.

Married in 1935 against the backdrop of the Great Depression, Noah and Thelma Brown celebrated their 78th wedding anniversary on June 30. Their commitment is a testimony of what God intended marriage to be – one man, one woman, taking on whatever challenges and joys this world brings … together.

The couple met in high school in Rocky Comfort, an unincorporated community in the southwest corner of Missouri. They shared their first kiss on Noah’s graduation night in a Model T Ford parked outside of Thelma’s grandparents’ house. Each working for a total of 50 cents a day, the couple decided to save what little money they had and drive to Joplin to get married. Despite Thelma’s mother’s objections—preferring her daughter have a traditional wedding in a church with a preacher—Noah picked Thelma up at 10 a.m., they took their vows in front of the Justice of the Peace and were back to work the next day.

“They worked however they could in those days,” said Curt Brown, the couple’s oldest son. “They had my sister and then another five of us kids and it was a struggle for them a lot of the time. But, no matter what they did, whether it was milking cows or chopping wood, they did it together. She was always right there by his side just work, work, work. They were a team and I think their work ethic was ingrained in the rest of us. If there are things that need to be done, you don’t wait.”

While hard work and a good value system had been the backbone of Noah and Thelma’s marriage from the beginning, Brown said God didn’t come into the center of their union until later on.

“They had always been good, well-respected people but had never been saved,” Brown said. “I was saved as a young man and I remember bringing over a Living Bible that was easier to understand than the old King James everyone had. First Baptist Church (FBC) Diamond’s pastor at that time visited and prayed with them and then one night they accepted Jesus as their Savior and Lord in their own home. That must have been around 1972 or 1973.”

After their decision, the couple became active members at FBC. As part of his ministry, Noah taught Sunday School for 39 years. Thelma made and delivered lap robes to nursing homes, homebound people and shelters for abused women. Unfortunately, because of their declining health, they are no longer able to attend church regularly.

“They have always been wiling to give to somebody else that needed it,” said Jerry Shipman, the Brown’s oldest grandson. “They have been a great influence on my life and a lot of other people’s lives, too.”

“I had the privilege of walking my grandmother down the aisle,” Shipman said. “And at that celebration my Grandpa was asked what the secret of a strong and long-lasting marriage is and you know what he said? Nothing fancy or too difficult. Plain and simple: communication. They are partners … friends. They worked alongside each other and when problems came up, they talked it out. He said she has been the best wife he could ever ask for. Our family and this world is truly blessed that they are still here. The Lord’s not done with them yet and whether they go tomorrow, next week or next year, their legacy will be passed on through their life testimony to all of us.” n