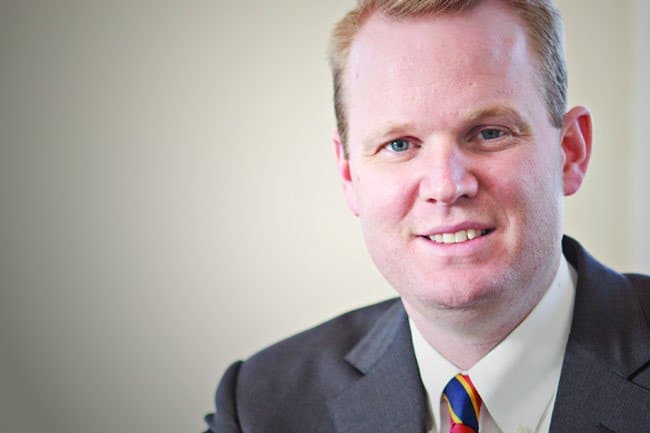 On eight occasions Southern Baptists have convened their annual meeting in Houston, with none of these gatherings more consequential than 1979’s Southern Baptist Convention (SBC). In that year messengers elected Adrian Rogers president, demonstrated the Pressler-Patterson coalition was a force with which to be reckoned, and birthed what would come to be known as the Conservative Resurgence. Though no Houston convention is likely ever to rival 1979 in significance, I am praying this year’s gathering will prove significant in its own right, as the dawning of a cooperative ministry resurgence. I know I am not alone in this prayer, and, thankfully, there seems to be a growing denominational desire for such a cooperative ministry resurgence.

First, a cooperative ministry resurgence will likely occur in concert with a doctrinal contentedness rooted in the BF&M 2000. This does not negate the importance of other supplemental and clarifying positional statements, such as the Abstract of Principles, the Chicago Statement on Biblical Inerrancy, or the Danvers Statement on Biblical Manhood and Womanhood. These statements each play significant and useful roles, but our singular convention-wide confessional statement, the BF&M 2000, is regulative and should be a unifying document.

True ministry cooperation is founded upon doctrinal unity, and the BF&M 2000 enables Southern Baptists to experience doctrinal integrity and theological harmony unknown to almost every other protestant denomination. Southern Baptists can have heated theological discussions, but our tension-points remain pedestrian – even parochial – compared to the doctrinal decline and schisms of other protestant denominations. As we focus not on theological sub-points on which we may disagree and find contentment in the unity we possess through the BF&M 2000, we will best position ourselves for a cooperative ministry resurgence.

Denominational dialogue and the ethic of Christ

Second, a cooperative ministry resurgence will parallel a cooperative spirit resurgence, most especially as it relates to our denominational dialogue. A Christ-like ethic must govern our words – words spoken and words written. This principle most specifically applies to the blogosphere, which has facilitated digital drone attacks where unforeseen missiles of suspicion and criticism are hurled to and fro.

As Bible-believing Christians we are called to hope all things, believe all things, and bear all things with one another. Scripture calls us to put aside envy, strife, jealousies, and to let no unwholesome word come out of our mouths – or our blogs. It is hard to cooperate with those you criticize, and a cooperative ministry resurgence will be fully realized in so much as we guard our discourse from cynicism and suspicion, and guard our fellowship from pugilism and rancor.

Third, a cooperative ministry resurgence will transpire as we more acutely sense our commonality of convictions and perceive our own societal marginalization. If cultural trajectories continue, as Bible-believing Christians we will find ourselves further shunned, and perhaps even socially ostracized. Regretfully, we may soon come to know what it means to be pilgrims, sojourners in our own land. To the extent this trend intensifies, we will find some measure of strength, joy, and reassurance within our own denominational home.

In Houston I was once again reminded of this reality. Southern Baptists are my people; we share a similar worldview, doctrinal convictions, cultural desires, and Great Commission aspirations. This is why, for me, the annual gathering of the SBC is the one week a year when everything seems right in the world. This is neither a statement of nostalgia nor of sentimentality. Rather it is a reminder that we are spiritual kindred, and as we become increasingly uneasy in Babylon, we might find our Southern Baptist family to be our only place of respite.

Again, promising signs seem to be before us. In recent years Southern Baptists have adopted the Great Commission Resurgence Task Force recommendations. Additionally, the convention’s imagination is seized with the possibility of taking the gospel to the remaining 3,500 unreached people groups. Moreover, God is calling out a new generation of church planters, with the church planting movement itself gaining steam. If these Great Commission opportunities hold steady before us, they will help facilitate greater denominational cohesion and ministerial cooperation.

Lastly, a cooperative ministry resurgence will evidence itself in Cooperative Program renewal. The Southern Baptist Convention’s lifecycle seems to be coming to term once more. The SBC reached its operational zenith in the post-war era, while it still possessed the vestiges of theological consensus and still enjoyed the momentum of a common Great Commission ambition. Theological consensus provided the denomination’s framework and a desire to reach the world for Christ produced its energy. Coupled together, theological consensus and Great Commission determination necessitated and conceived the Cooperative Program in the early twentieth century and ballooned it in the post-war era.

These factors seem to be aligning once more. The widely-held BF&M 2000 provides a strong and sufficient theological framework, authentically supported by the vast majority of contemporary Southern Baptists. Our collective ambition to reach the world for Christ appears ripened as well. If this is true, it will evidence itself in renewed financial sacrifice among God’s people and a renewed commitment among the churches to equip the next generation of pastors, teachers, and evangelists while supporting the current generation of church planters and missionaries. To be sure, the Cooperative Program is not God’s only conduit of ministry funding, but it may well be his best. In practice, the Cooperative Program is both an indicator and an enabler of a more robust cooperative ministry effort.

One can view the various theological and programmatic flavors within our convention and ask, “How can we work together?” Yet, when one weighs the accelerating cultural secularism before us, the urgent needs of our churches, and the beckoning mission fields abroad, the more urgent question is, “How can we not work together?”

I am neither pollyannish nor programmatic enough to make a cooperative ministry resurgence tantamount to a reviving work of God’s Spirit. Rather, I’ll take the latter any day. But, while we pray, seek, and wait for God to do what only he can do – revive his church – I pray as Southern Baptists we will be found doing that which we can do: cultivating a new era of gospel and ministerial cooperation.