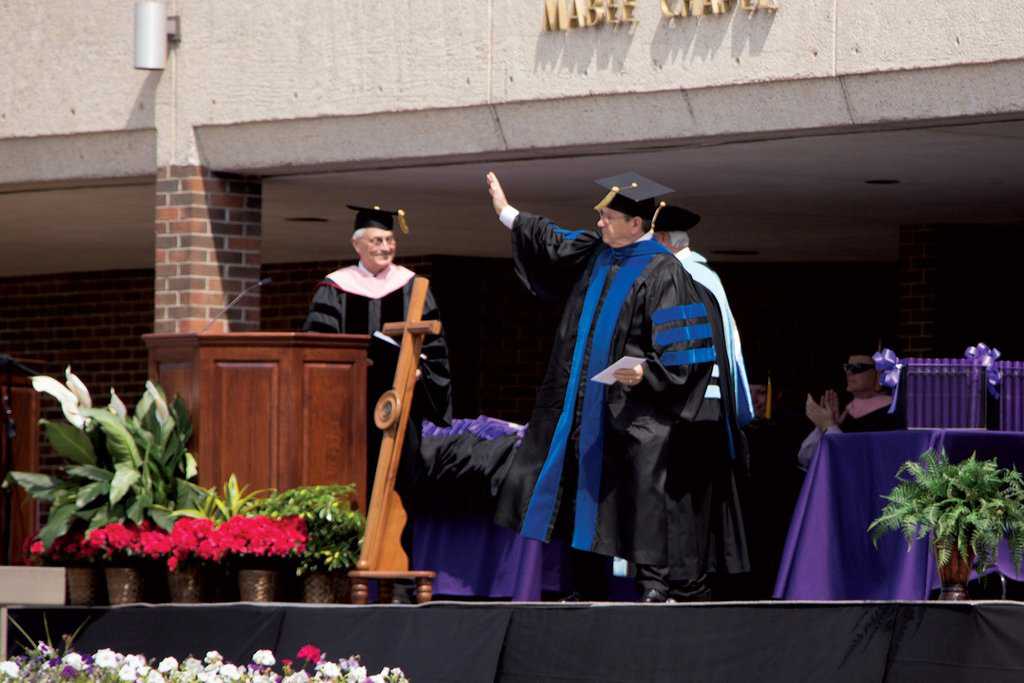 The 2013 recipients of the Life Beautiful Award are Minda Cox and Josiah Phipps, both of Bolivar.

Cox graduated with a bachelor of arts degree in Christian ministry. She was recognized in Who’s Who Among Students in American Colleges and Universities, and is a member of Phi Eta Sigma and Theta AlphaKappa.

“She is a talented artist and has had artwork displayed in galleries through Southwest Missouri and Nebraska,” SBU President C. Pat Taylor said when presenting the award. “Minda is passionate about ministering to others, especially to disabled people in third-world countries. She faces her daily obstacles with a determination, joy and fearlessness that inspires everyone around her. One faculty member shared that Minda exemplifies God’s promise that His strength is great in our weakness.”

Cox has been on several SBU mission trips including the Pine Ridge Reservation in South Dakota, the Mukti Home in Pune, India, and Gaborone, Botswana.

She volunteers at the House of Hope and for Share Your Christmas and also does public speaking engagements on behalf of SBU and the disabled.

Cox also delivered the Bob R. Derryberry Senior Address, in which she thanked her classmates for encouraging her.

“I want to thank the class of 2013 for showing me what Christian community looks like,” she said. “You cheered me on when I was ready to give up. I will never forget that.”

But Cox said her story really is no different than anyone else’s.

“My story is just one example of a life that has been shaped and directed because of spending a few years here surrounded by people who love God and have loved us with His love,” she said.

Phipps graduated with a bachelor of science degree in computer science and in mathematics. He has represented SBU at the Association for Information Technology National Collegiate Conference, presented undergraduate research at the Consortium for Computing Sciences Central Plains Regional Conference and is a recipient of the Ingman Award and Polk County Scholarship.

He has been on many SBU mission trips including the Philippines (twice), Honduras, South Dakota, Joplin, Minnesota and Senegal, where he served as co-leader of the team. He is a member of Southern Hills Baptist Church in Bolivar.

“Although recently offered two prestigious positions with two well-known companies, he turned them down in order to be a Southern Baptist International Mission Board Journeyman,” Taylor said. “He will leave in October to serve as a missionary to Southeast Asia as a software engineer.”

Phipps has assisted with SBU math competitions, has managed a lawn business in Bolivar since 2001 and volunteered to re-roof the youth building at his church last August.

“According to his professors, Josiah exemplifies servant leadership,” Taylor said. “He does not call attention to himself and is a hard worker that truly seeks to glorify God in all that he does.”

His parents are Michael and Tammy Phipps.

The Life Beautiful Award was established in 1937 by Rosalee Mills Appleby, a career missionary to Brazil. This award is given annually to an outstanding man and woman in the Southwest Baptist University spring graduating class. These individuals have demonstrated by their scholarship and character that they are living a “life beautiful.” The faculty selects the recipients, whose identities remain confidential until commencement.

Bing Bayer, Ph.D., received the Orien B. Hendrex Distinguished Teacher Award. Bayer is a professor of Old Testament and Hebrew chair of the Department of Theology in the Courts Redford College of Theology and Ministry. He has taught at SBU since 1988.

The award is presented annually to a faculty member who has been judged by the previous three years’ graduating classes to be outstanding in both teaching ability and personal guidance. The SBU Board of Trustees designated this award in memory Hendrex, a former academic dean.

Commencement speaker Chaplain Col. Gary D. Gilmore, a 1979 SBU graduate and former member of the University’s Board of Trustees, outlined responsibilities he says are to be shared by every SBU graduate.

“Today you join the ranks of SBU graduates who are lifelong learners, role models and leaders. While you are on this journey, raise your hands to heaven and enjoy the ride.”