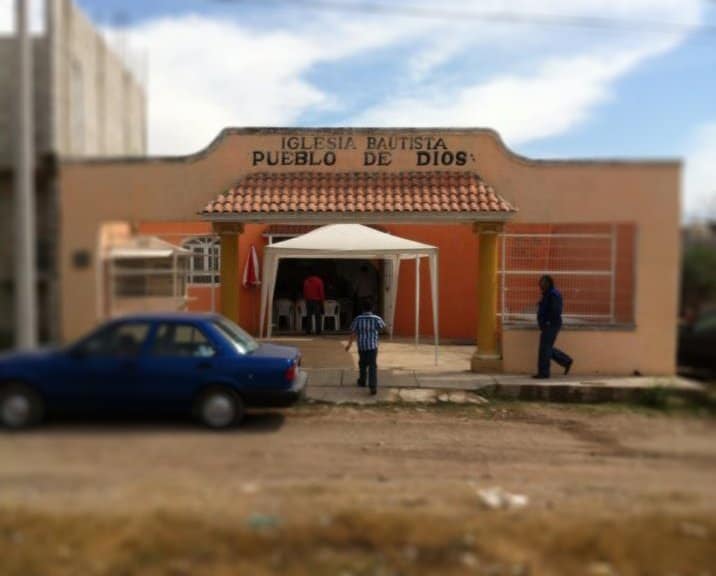 The people of Southeast Mexico are as diverse as the region’s geography, which features snowcapped peaks, fertile valleys, and high desert plains. God has uniquely prepared Missouri natives Aaron and Brie woods to serve the unreached people of this region, and your faithful giving through the Cooperative Program enables them to go.

Aaron and Brie grew up in Missouri Baptist churches, where the language of missions was always spoken. Both participated in volunteer mission projects as teens and young adults. Each project opened their eyes to the vast needs of the world and the limited access of so many to the gospel. In 2005, God issued a call that moved them from short-term mission projects to full-time service – or as they put it, the Lord’s call to “go and stay.”

Today, the Woods, along with two young daughters, call the region of Puebla-Tlaxcala in Southeast Mexico their home. Half of the region’s eight million people live in small towns and villages, with limited or no access to the gospel. The region is home to hundreds of people groups, each with its own language and cultural nuances.

This rich cultural tapestry, however, presents evangelical Christians with a challenge. Language barriers and animosity against outsiders are just two of the obstacles routinely reported. Many of the people groups represented in this mountainous region are listed among the world’s UUPGs (Unreached, Unengaged People Groups), with fewer than 2 percent of known believers worldwide.

God uniquely equipped Aaron and Brie for the sometimes-harsh conditions they find within the Mexican villages. Aaron’s educational background is in agronomy, the science of producing and using plants for food, fuel, fiber and multiple other resources.

The Woods currently serve on the “Human Needs Team” through the International Mission Board (IMB) of the Southern Baptist Convention, which is funded through the Cooperative Program. “Our focus is to open villages that are closed to the gospel by helping them through agricultural, medical and general human needs projects,” explains Aaron.

Aaron and Brie have focused on the issue of clean drinking water for the past three years, assisting villages in the drilling of low-cost water wells and purification processes. Aaron also serves alongside area farmers as a consultant for better crops and more effective harvesting.

Agriculture, however, is not the primary focus for the Woods family. It serves as a platform for gospel advancement. The Woods routinely devote the majority of their time to personal evangelism, training of church planters and discipling new believers.

“These projects have prepared the way for starting indigenous churches in villagers’ homes,” says Aaron. “God is doing great things among these people groups who have otherwise never had the opportunity to respond to the gospel message. We have seen God’s sovereignty and His transforming work in cities and countryside alike.”

Because you give, the people of Puebla-Tlaxcala are hearing the good news of the gospel.