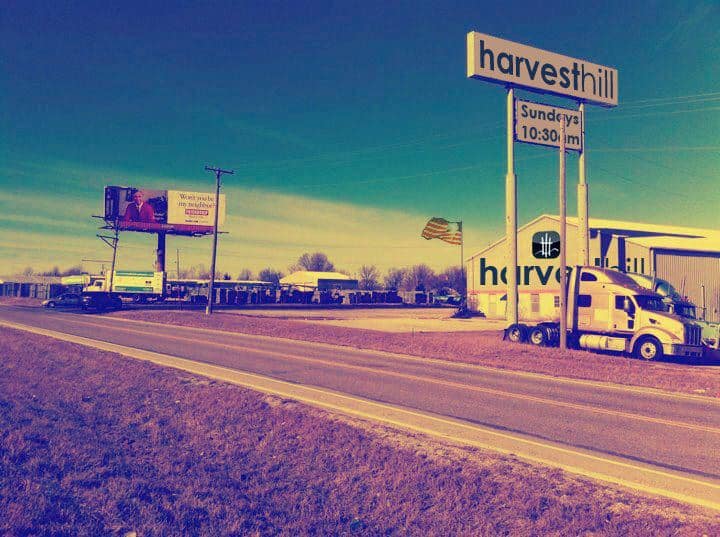 FORT WORTH, Texas – Known as the Main Street of America, Historic Route 66 meandered across the western U.S. from Chicago to Los Angeles. Small towns popped up along the popular highway in the ‘20s and ‘30s as truckers and vacationers cruised the open road.
Church planter and Southwestern Seminary graduate John Edwards uses the highway’s heritage as a way to connect Harvest Hill Baptist Church with the community of Strafford, which lies just a stone’s throw from Springfield, the Birthplace of Route 66.

“Strafford was really big on Route 66 in the beginning because it was the closest city to Springfield,” Edwards says. “Strafford developed along Route 66, and we have a big event every year called Route 66 Days.”

“The community was going to go without Route 66 Days for the first time in around 50 years,” Edwards recalls. “So, we stepped up and led it, and it was really a big success.”

Harvest Hill used this opportunity along with other community events and activities to penetrate lostness in the bedroom community of Strafford. Over the past three years, Harvest Hill has renovated parks, cleaned up the city sports complex, supported the public schools, and participated in community events. Through evangelistic outreach—including service projects, door-to-door evangelism, neighborhood parties, and Good News Clubs—the young church has already seen 70 professions of faith.

Although they have experienced God’s blessings, Edwards admits the journey has not always been easy. People in Strafford were slow in accepting the church into the community, which resulted in 12 different meeting locations for worship over the past three years until Harvest Hill purchased and renovated their current building. The building’s grand opening in January 2013 helped solidify their place in the community.

“Having a building for the first time is quite a transition because we were incapable of meeting on Sunday mornings except for in homes,” Edwards says. “There are a few other churches here in the community; they’re good churches but have been declining in attendance as the population has been growing.

“A lot of people out here are antagonistic to the church, so when they find out I’m a pastor, they’re a little put off by that, but I just keep working on them.”
The journey

Of course, Edwards himself is no stranger to antagonism toward Christianity and the church. Having grown up in an affluent family with an atheist father, Edwards embraced his father’s worldview at an early age.

“From a pretty early age, I had atheistic beliefs,” Edwards says. “I had an atheistic conversion, if you will. I went from agnostic to atheistic when I was about 10 years old.”

In junior high, Edwards’ family moved to Mexico when his father, a Wal-Mart executive, helped start the company’s work in the country. Edwards befriended the son of a Southern Baptist missionary during this time, and despite their constant Gospel witness, Edwards remained a “full-blown atheist.”

By the time Edwards’ family returned to the states a few years later, he had become an antagonistic atheist who enjoyed openly debating and ridiculing Christians. Ironically, one of his best friends was a Christian named Blake.

“(Blake) invited me to church week in, week out for over a year, every single week without exception,” Edwards says. “I would curse him. I would ridicule him. I would call him all sorts of names. But, I think his witness in my life was one of the greatest things that helped lead me to faith.”

Additionally, Edwards witnessed the radical change in his younger brother, who came to faith in Christ around that time. At the end of Edwards’ junior year in high school, his brother was diagnosed with inoperable brain cancer yet remained strong and faithful in his faith.

As an avowed atheist, Edwards had studied world religions and had even read the Bible several times in order to refute it. However, with the constant witness of his friend and brother, he decided to read the Bible again.

“I began reading through the Bible with this prayer: ‘God, if you’re real, lead me to the truth.’”

Over a three-month period, he read the Bible, prayed regularly, attended church, and eventually surrendered to Christ. From that moment, everything changed about his life, including his previous aspirations to follow in his father’s footsteps as a business executive. He attended college in Springfield, Mo., and surrendered to the call to ministry his senior year.

During his first semester in seminary in 2007, Edwards sensed the Lord leading him toward church planting during a chapel service. He talked with professors and church planters and eventually helped with evangelism efforts at two church plants in the Fort Worth area.

Edwards’ heart for church planting grew through his studies at Southwestern and through seeing seminary professors personally involved in local church plants.

Planting churches
After praying about where to plant a church, the Lord led Edwards back to the Springfield area. Initially skeptical about planting in the Bible Belt, he realized the need after continued prayer and research.

“I quickly realized that there are very few people here in this community that are Christ-followers, and particularly, committed Christ-followers,” Edwards recalls. In addition to reaching the lost, Harvest Hill has seen many families return to church who had stopped attending for many years.

Still, Edwards’ evangelistic spirit drives him to continue to reach the lost, which in turn opens more doors for evangelism.

With this expansion mindset, Harvest Hill has also planted a church in the Springfield area and is in the process of planting another.

“The love for church planting has been woven into our DNA,” Edwards says. “It’s a part of who we are; we want to see the kingdom expanded; we want to see new people gathered into the fold.”

Along with the desire to plant new churches, Edwards would love to see growing cooperation between church plants and existing churches.

“In light of the fact that Southern Baptists are supportive of the Cooperative Program, I would love to see more cooperation between established and new churches,” Edwards says.

“We are such big supporters of this idea of cooperation, but I only see that cooperation, for the most part, existing in the form of money. … It’s often more about money than hand-in-hand cooperation.

“I love the Cooperative Program. My contention is that Baptists need to be more cooperative. How can I help you? How can we serve each other? How could my church help your church? The church across the highway from us is not the enemy; Satan is the enemy, and we need to join forces to penetrate lostness.”

Whether it’s along the dusty highways of the Midwest, in pioneer regions of the country, or in growing cultural epicenters of metropolitan cities, Edwards sees great hope for church planting as churches cooperate to fulfill the Great Commission in North America.

“All across North America,” Edwards says, “followers of Christ need to be encouraged, equipped, and mobilized to go out in the communities and reach the lost.” (This story first appeared in the Southwestern Seminary magazine and is reprinted with permission.)