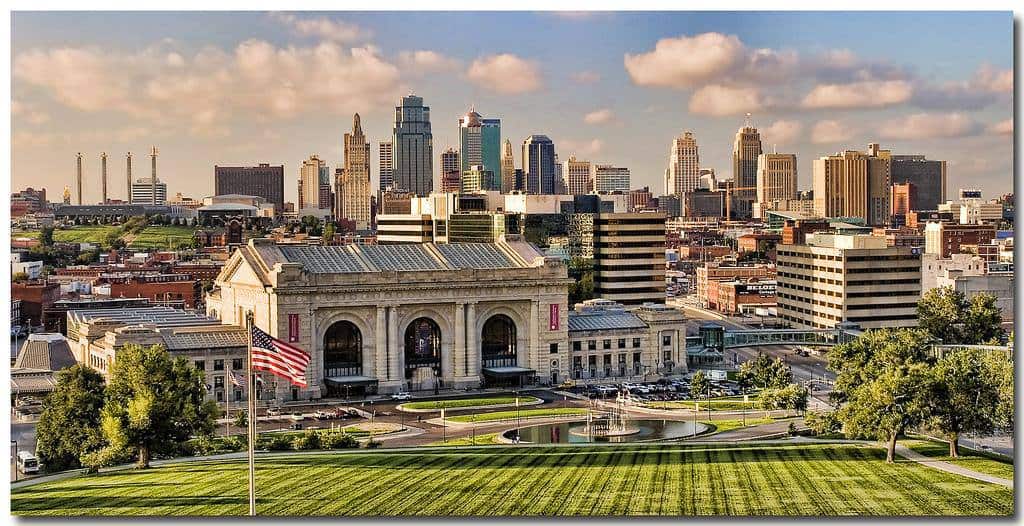 KANSAS CITY – During its April 29 meeting Midwestern Baptist Theological Seminary (MBTS) trustees enthusiastically passed a “for the Church” resolution that codifies the vision of its president, Jason Allen.

The resolution spells out a “renewed and steadfast commitment to serving the churches of the Southern Baptist Convention (SBC).” It also identifies Allen as the visionary whose work is to be celebrated and affirmed as “for the Church” begins to see the seminary’s energies and resources bent toward that end.

“It’s actually not just a saying,” said Kevin Shrum, chairman of the Midwestern board and pastor of Inglewood Baptist Church, Nashville, Tenn. “It is going to become the driving engine of what we do.”

He seeks to foster an increased desire for cultural renewal on campus, a greater missiological emphasis in the classroom, and larger institutional expansion at Midwestern. The school’s fresh logo is a reflection of the new vision and tagline for the seminary.

Additionally, Allen noted that the school is positioning itself not only to serve its current students more effectively, but is in anticipation of increased growth. The administration announced record spring enrollment for 2013, surpassing the previous record set in the spring of 2012.

The school also received impressive reviews from an Association of Theological Schools accreditation visit earlier this year that originally approached the school with trepidation, but in their final report, the team expressed that they had “experienced transparency, mutual support and confidence in the future.”

In other business, the trustees approved the launch of Midwestern Baptist College’s new undergraduate dual-major programs. This initiative is aimed at enabling students to be better prepared for bi-vocational ministry. The dual-majors allow students to receive degrees in either Christian ministry or Biblical studies, but also they will graduate with a secular degree in a field like business, music, communications and humanities. Additionally, these programs will enable students the opportunity to serve in closed countries, by having a platform with which to enter safely.

The school will also add three new concentrations to the Master of Divinity track, including Preaching and Pastoral Ministry, Christian Ministry, and Biblical and Theological studies.

MBTS Vice President Robin Hadaway was announced as the first professor of the Gary Taylor Chair of Missions, a $1 million chair that was funded in part by the Missouri Baptist Convention (MBC). Taylor is a former MBC evangelism director and an MBTS graduate who died in 2011. A total of $577,728 in funding came through the MBC. It grew to more than $1 million due to investments and other gifts.

The biannual meeting was the first event held in the seminary’s newly completed chapel complex.