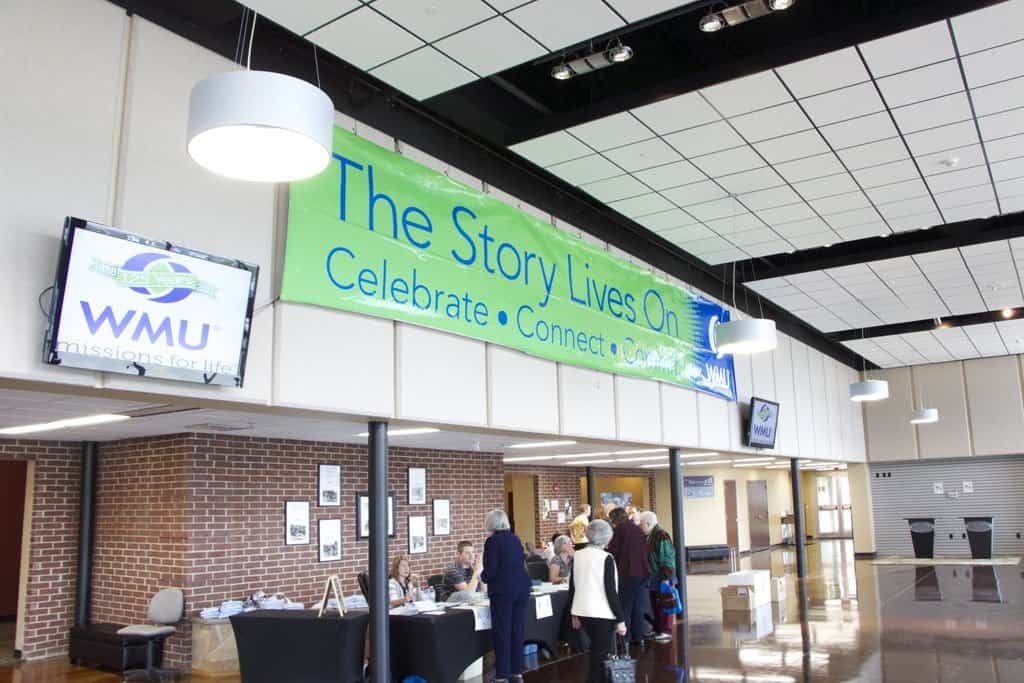 WARRENSBURG – Moving forward on the quest to share the gospel around the world, Missouri women celebrated 125 years of Woman’s Missionary Union (WMU) at the 2013 annual meeting April 12-13.

“I don’t know of any other event in the state of Missouri that presents missionaries and opportunities for learning like this,” said President Joan Dotson. “Attendance is up. Excitement is up.”

Attendance this year also included several men. WMU is now writing curriculum for the Royal Ambassadors boys program. Laura Wells, WMU executive director, said she and the board made a concerted effort to have programs that would appeal to male attendees. Bob Poinsett, husband of popular Missouri author Brenda Poinsett, led a breakout session on “Fishing For Men.” Ken McCune and Rick Hedger of the Missouri Baptist Convention (MBC) also led sessions.

For several years, Missouri has hosted M-Counter, a combined meeting for women’s missions and ministry. For 2013, the decision was made to host a conference focused on missions. MBC Women’s Ministry leaders also participated in this year’s event and several classes were about spiritual growth and women’s ministry.

“If there is some specific that a woman has, they can participate in a breakout session and meet that need, whatever it is,” Wells said.

WMU’s efforts to promote the Missouri Missions Offering and increase giving were recognized by MBC Executive Director John Yeats. He presented the WMU with a check for $1,673. The figure represented a 10 percent tithe of the amount raised over the offering goal.

“We’ve got to move the money to the ends of the earth. I know you’re with me,” Yeats told the women. “We’re on the same page.”

Debby Akerman, national WMU president from South Carolina, presented theme interpretations around the conference theme “The Story Lives On.” She talked about the history of the organization and the commingling of WMU history with His story.

“WMU has never lost its zeal for the Great Commission,” Akerman said.

International Misson Board missionaries serving in Japan, Togo and European peoples shared at the conference. Charles and Bette Moeller, who are originally from Missouri, told how they distributed 100,000 Bibles in three years to people hungry to hear the truth.

“Please do not stop what you’re doing,” Mindy Jamison said. “Those in your congregation must know and they must go. The story lives on through you.”