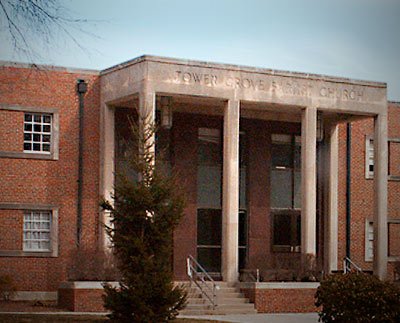 ST. LOUIS — As a river finds its source at the top of the mountain so Tower Grove Baptist Church has founded a city on a hill.

That city is Tower Grove Christian School (TGCS), depositing springs of everlasting life into the culture flowing from the heart of St Louis.

TGCS was founded in 1978 to serve family members of the church. It has since become a mission field housing close to 300 students, of which less than 50 percent are professing Christians. The school motto is “Teaching truth, shaping character,” and the emphasis is ministry-based evangelism, according to Tower Grove Baptist Pastor Christopher Coury.

“Our purpose, ultimately, is to reach them for Christ,” he said. “If you teach a kid without giving him a moral base, then you haven’t helped the kid.”

TGCS has become a powerful evangelistic tool in the community, adopting a public school mentality with a private school structure. Its doors stand open to families of all religious, social, and ethnic backgrounds despite levels of performance or ability.

“We have brought in kids who could not even read and write, and those kids are doing well now,” Coury said. “We are a city school that works.”

TGCS is an accredited school serving pre-kindergarten through 12th grade. Nearly all (99 percent) of the students graduate, and more than 94 percent go to college. Tuition is about half that of a comparable private school, and $200,000 a year in scholarships go to support families who cannot afford to enroll.

“We want to give the best education to those who can afford it the least but need it the most,” Coury said.

The goal of the school is not only to model the values inherent in the gospel of Christ but also to model a love and respect for the type of community that is reflected in His body. Students are taught that a community is only as good as those who invest in its well-being. The message is that a high level of education brings a high yield of resources to serve the community.

It is to this end that the church and the school seek to build relationships with local businesses and families to sponsor more children. It’s not just a single ministry, but a network of resources, that works to foster change in our communities—especially the city. The idea is such that if the course of a nation is concerned with the heart of the city, then the message that is proclaimed the loudest will be projected the farthest.