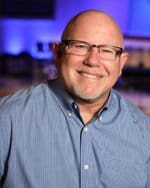 O’FALLON – Next stop, Turkey and Greece.

Recently a group from First Baptist Church here made the journey to Turkey and Greece to “Follow in the Steps of Paul.” The itinerary included Istanbul, Izmir (Smyrna), Ephesus, Athens, Thessalonica, Berea, Philippi, and Corinth.

“We planned this trip because of the excitement we saw with the Israel trip,” Lee Sanders, associate pastor of education, said. “Several individuals saw the value of visiting the places of Paul. Their interest is a natural progression for study of the New Testament.”

The goal in the various places was to help the group envision the New Testament and to be aware of what the Bible says with a better understanding of the situations, the geography and the people of the Bible.

All of the travelers on this trip had been to Israel. Doyle Robbins, a member of First O’Fallon, wanted more.

“I also wanted to take any ‘mission’ trip relative to the Bible,” he said.
Natalie Johnson, who is also a member of First O’Fallon, had a similar point of view.

Johnson was impressed with the ruins of Ephesus.

“I was shocked by Ephesus,” she said. I didn’t expect it to be all covered with marble. I was impressed to see how much was restored.”

Ephesus also had an impact on Sanders’s wife, Penny.

“I was amazed by the enormity of it,” she said. “I was able to get a picture in my mind’s eye of what it was like. I thought about what Paul went through. He lived a life of sacrifice and turned His life over completely to God. Paul’s passion for persecution of Christians was turned to passion for God. He was an example and inspiration for us.”

The work of Paul had an impact on Linda Johnson, another First O’Fallon member and the mother of Natalie Johnson, as she listened to the missionary in northern Greece.

“It hit me as I sat there and listened to him describe the 1.5 million people in the area with only 1,500 Christians,” she said. “It shows how little we’ve worked after Paul did so much all those centuries ago. I realized I have not done my part and it kicked me into gear to witness more. I want to be more than a tourist at the biblical sites.”

The talk by the two missionaries in Istanbul and northern Greece had an impact on Robbins as well.

“Listening to those two young men gave me an ‘up close’ insight into what our missionaries go through; the conditions they live under; and the tasks at hand,” he said. “These meetings also gave special meaning to the Lottie Moon offering.”

Other biblical sites had an impact on Linda Johnson.

“Visiting the river where Lydia met Paul,” she said, “was important. Also, I was impressed with the prison site that they believe held Paul. To see how tiny that place was helped me understand the tortures he endured. After traveling the amount of miles Paul covered under conditions harder than today, it made me have a greater appreciation for the hard work he did.”

Robbins pointed out some of the information shared by a guide at Ephesus.

“When Isa, the guide, showed us how to play the game board used by the Roman soldiers who cast lots, it brought the Crucifixion even closer to me,” he said. “And the use of the ‘sponge’ by the soldiers enhanced my understanding of the humiliation Jesus endured.”

Natalie Johnson discovered a prayer request from the trip.

“Where we are,” she said, “we don’t think about darkness in the other parts of the world. We need to be more diligent in praying that the Light spreads.”