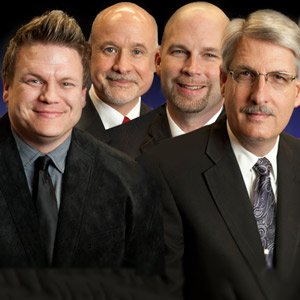 JEFFERSON CITY — The Missouri Baptist Convention (MBC) Executive Board adopted a Cooperative Program (CP) budget goal for 2014 of $14.5 million with a “40-60” focus during its April 8-9 meeting here at the Baptist Building.

MBC Executive Director John Yeats indicated that the MBC has grand goals. One of those goals is to push more funds to the ends of the earth. Practically this will mean embarking on a plan that would balance state and national giving for CP causes in the next seven years. In 2014 that plan will manifest itself in 2.5 percent more than what was budgeted in 2013 going to the Southern Baptist Convention (SBC). The details will be worked out by the July board meeting.

As of Jan, 1, 2013, Yeats in the budgeting process is trying for 50-50 minus shared items. He wants it done incrementally through a “legacy approach” to budgeting that the SBC approved in the 1950s. Back then six items went in a “shared” funding category (meaning they would not count toward 50-50). Within those parameters, he said the MBC would now focus on annuity protections and The Pathway, which now has a circulation of 19,912. Special status is warranted in both cases, he said, because the ministry flows back to the churches.

The other four budgeting areas that could be included in the legacy category are the executive director’s office, the Woman’s Missionary Union (WMU), CP promotion and accounting. Other state conventions have stretched these exemptions to the point where achieving 50-50 budgeting seems hollow, but Yeats said the MBC will strive to maintain discipline and strict fiscal accountability in the years to come.

Board members approved spending up to $90,000 to replace the upper roof on the Baptist Building. The current rubber sheet roof has leaks and is held in place by concrete tile blocks.

The legacy of the late Vivian McCaughan is being honored. An endowment fund in her name for missional living is now nearly at $1.1 million. In the name of McCaughan, who before her death in 2010 was a leader in women’s missions and ministry in Missouri and a career missionary in Africa, projects will receive grants off the interest in the fund starting in 2014 in leadership development, partnership missions, multi-housing ministry and church planting.

The money is with the SBC Foundation. Several MBC teams will be developing protocol/guidelines for the grant process. The outcome will be publicized around November.

Yeats is fixed on the beauty of the CP.

“What we need to do is encourage Cooperative Program giving across the board,” Yeats said.

Yeats said the current fiscal climate is roughly delineated by the desire to “find” $315,000 in the current budget and the hope to be blessed by a $630,000 overage. The goal within that tension is to send money to the ends of the earth. MBC teams are operating on a 93 percent budget for the rest of the year, and the budget for 2014 includes no raises for MBC staff.

“We’re just grateful to have a job,” Yeats said.

In other business board members:
• Approved in conjunction with the Historical Commission a plan to develop a foundation whose goal is to endow the financial needs for maintenance and development of the Old Bethel property;
• Passed in executive session a measure allowing the MBC to partner with Strategos International to develop security and incident management strategies;
• Saw a preview of the new MBC website.