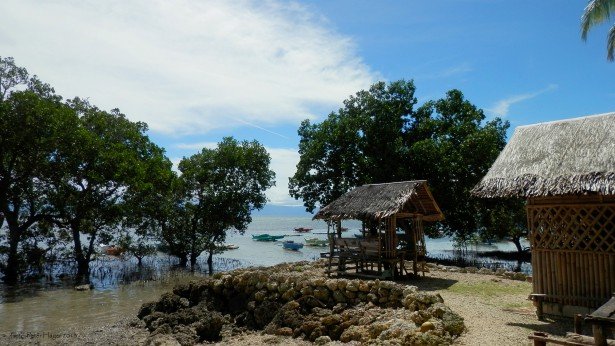 Recently returned from his seventh trip to the Philippine island of Bohol and Ho Chi Minh City in Vietnam, the retired school teacher and member of Linwood Baptist in Cape Girardeau has taken it upon himself to be the missionary to anyone and everyone who will listen. That goes for southeast Missouri as well as Southeast Asia.

More than 80 percent of people in the Philippines have some idea of Christianity, due to Catholicism’s influence throughout its history. However, Filipinos often mix the gospel with other beliefs and do not have anything resembling a personal relationship with Jesus. Fewer than three percent are evangelical.

According to Barker, there’s no excuse for that.

“They know who Jesus is, but He’s just in their head,” he said. “Come with me and help me tell them,” he said. “I don’t think we need 150 missionaries all at once, but the doors are open and six or seven people can do a lot with those open doors.”

Bahol, Barker’s area of focus, is an island of 1.2 million people in the developing country, with 160,000 of his target demographic: students.

“We have permission to speak to every school on that island,” he said. “We’ve spoken to 9,750 of them in two weeks.”

He meets with the local school administrator and shows them an introductory letter from the island’s department of education. He has a 10-minute presentation per classroom and has to move quickly.

“We walk right into the classrooms from elementary on up,” he said. “We don’t talk politics, sports, music or weather. ‘My name is Rex and I’m here to tell you how you can have more joy and peace. That begins with Jesus in your heart.

“It’s just a point blank, focused delivery. I point to my head, ‘Jesus here won’t get you to heaven.’ In sixty seconds, their attention is arrested. It works. Faith comes by hearing and hearing by the Word of God. That can happen in ten hours, or ten seconds.”
It’s the same gospel presentation Barker uses on the street, face to face at home.

A few years ago as a new Christian, Barker took FAITH training at Lynwood. Soon after, he came to his pastor, Mark Anderson, and said God was prompting him to lead 100 people to Christ that year.

“I thought that was pretty bold on his part, but sooner than a year later he had led 100 people to Christ,”Anderson said. “He caught a vision of what God can do.”

In addition to other international mission trips and mission trips in the U.S., Barker is a Gideon and visits two local jails twice a week sharing the Good News of Jesus.

“As church people, we find so many reasons not to share the gospel message,” Barker said. “Many times our efforts are euphemisms for mediocrity. You don’t need a divinity degree to share Jesus.”

Barker said it’s God’s vision that brought him to SE Asia in the first place.
“He just put it on my heart,” he said.

After running into a few road blocks, he simply went as a tourist in 2009 and learned how to get into schools and think on a grand scale “and a big net.”

Thanks to his education background, Barker made connections with the equivalent to the state school superintendent, and his trips are officially non-sectarian educational ventures. On the ground he is unapologetic in his evangelism, not to mention non-stop.

Barker’s current vision is to lead other laity in sharing the simple, saving gospel.

“They love us as Americans, they almost all speak English and they’re ready to hear,” he said. “I can train you. People ought to be lining up to go there!”

Barker is the first to acknowledge that out of those who make a profession of faith, only God knows which ones are genuine. He does make an effort to connect them to a local church for further discipleship, but ultimately said he has to rely on the Holy Spirit.

“It’s not about a slick presentation or how good I might speak to make people respond,” he said. “I don’t care if it’s just one person. I don’t qualify anyone; it’s all up to God. But I’ve learned this: I can’t disqualify anyone, either.”