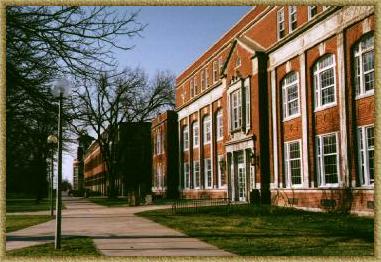 KIRKSVILLE – Greg Xander said it is mostly about counting conversations.
The Baptist Student Union (BSU) campus missionary at Truman State University values talk with lost students more than anything else.

Over March spring break, students from Truman drove to Kansas City for service and evangelistic opportunities. In everything they did, they tried to make it a place where conversations could occur.

About half of the 22 students on the trip were Christians. The rest were Asian and African students who have not professed faith in Christ.

The trip had a dual purpose of serving and evangelizing in inner-city Kansas City but also providing lots of time and opportunities for the BSU students to have conversations and relationship-building time with the international students on the trip. The goal of the leaders was to help the internationals from Vietnam and Nigeria learn more about Jesus through interactions with the students while doing acts of service to the Kansas City community.

They helped renovate a home for missions staffers at Hope Center, a ministry center affiliated with Lakeland Community Church, Lee’s Summit. They also packaged food for a non-profit organization that sends non-perishable food to Nicaragua called “Something To Eat.” Helping a church in Overland Park, Kan., minister to children and teens in midweek services and assisting with worship setup at a new church plant associated with Lakewood rounded out the week of service.

But the key was spiritual conversations as well as relationship-building.

Tara Korff, a junior from Huntsville, said, “We shared Christ with the international students by having conversation about what we believe and about Christ. While we were working side by side, in the kitchen, making things, I would go back and forth with them about what I believe and what they believe.

“One day the Vietnamese students cooked for the group, making dishes of chicken, cole slaw, cabbage with fish sauce, seafood spring rolls, beef stew and rice. While we cooked they were repeatedly singing the phrase ‘Bless the Lord O my soul’ from the worship song ‘Ten Thousand Reasons’ (which had been used in group devotion times). Then they would talk in Vietnamese and come back to the song again.”

Korff said she knew the song was making an impact.

Amy Walsh, a junior from O’Fallon, said the student group paid most of the expenses for the international students to go on the mission trip. Others paid $60 and the BSU subsidized the rest of the cost.

“Our biggest focus at Truman BSU is for our students to be missionaries to our campus and beyond,” Walsh said.

The group spent time just hanging out at the Kansas City Zoo on a chilly morning. They imitated the animals and tried to coax them out of their dens.

Then it was back to the spiritual conversations in the evening relaxation times.

“One of the international students said he realized nothing besides what I was telling him could actually be true,” said Will Steinbeck, a sophomore from Canton. “I can’t recall what I said, but it was the Holy Spirit working in me.”

He said the student received a gift Bible toward the end of the week and he stayed up until 3 a.m. reading it.

Xander said In the past year two students have prayed to receive Christ through the BSU ministry.

“There are some now who are close,” he said. “We are continuing to count conversations.”